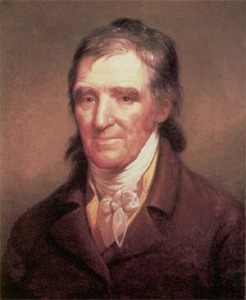 William Findley (1742-1821) was an important, if lesser-known, politician during the early national period of American history. He was a captain in the Revolutionary army, an Anti-Federalist, and a forty-year veteran politician of both state and national office. In the Pennsylvania ratifying convention he had vigorously opposed the approval of the proposed Constitution because he felt that it did not guarantee the protection of some basic liberties such as jury trial; religious freedom; and freedom of speech, assembly, press, etc. After the Bill of Rights was adopted, Findley became a strong supporter of the Constitution