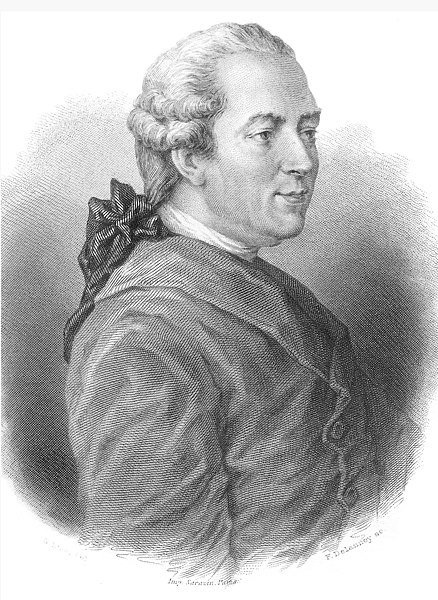 Pierre-Augustin Caron de Beaumarchais (1732-1799) was a watchmaker and a court musician, before he turned to writing plays. He is best known for having dared to publish Voltaire and two anti-aristocratic plays of his own - The Barber of Seville (1775) and The Marriage of Figaro (1781). During the American Revolution he acted on behalf of the French crown to supply guns and other weapons to the American revolutionaries.