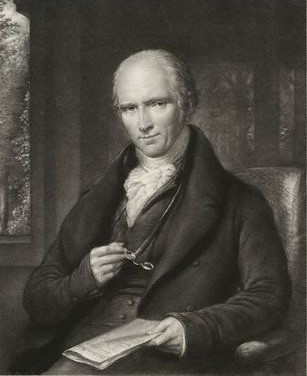 James Stephen (1758 – 1832) was an English lawyer and abolitionist. He was a defender of the mercantile system and government controlled trade. After working in St. Kitts, he became active as an abolitionist against the slavery. He would later become a member of both Parliament and the London Abolition Committee. He was the grandfather of A.V. Dicey and great-grandfather of Virginia Woolf.