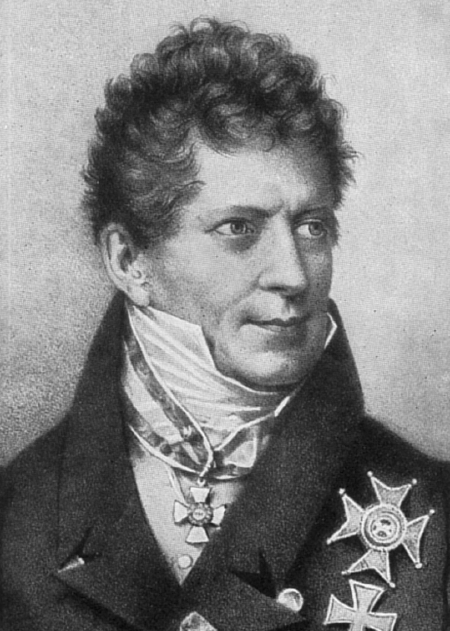 Friedrich von Gentz (1764-1832) came under the influence of the classical liberal philosopher Immanuel Kant at the University of Königsberg and at first welcomed the outbreak of revolution in France in 1789. After reading Burke’s Reflections he became an outspoken critic of the revolution, sided with the British during the war against Napoleon, and then became an arch-conservative working with Metternich at the Congress of Vienna.