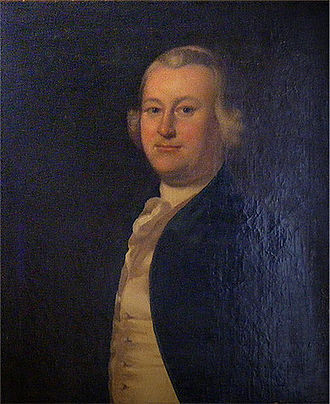 James Otis (1725–83) was a lawyer in Massachusetts and a member of the Massachusetts Legislature. In the mid-1760s he wrote a number of important pamphlets in favor of American independence and is said to have coined the revolutionary phrase “no taxation without representation”. He resigned his position as advocate general of the Vice Admiralty Court to protest the issuance of writs of assistance by the Massachusetts superior court and was an early supporter of the Stamp Act Congress. He is supposed to have suffered a blow to the head by a customs official in 1769 which led to his going insane. His sister, Mercy Otis Warren wrote an important early history of the American Revolution in 1805.