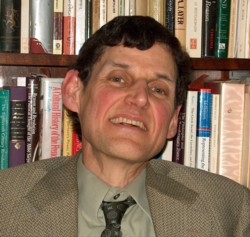 Henry C. Clark has been a visiting professor in the Political Economy Project at Dartmouth College since 2014. Before then, he taught at Canisius College (where he became professor of history), Norwich University, Lawrence University, Tulane University, and Clemson University. He is the author of La Rochefoucauld and the Language of Unmasking in Seventeenth-Century France (1994) and Compass of Society: Commerce and Absolutism in Old-Regime France (2007). He has edited Commerce, Culture and Liberty: Readings on Capitalism Before Adam Smith (2003), and has translated Montesquieu’s Mes pensées (My Thoughts) [2012]), named a Choice magazine Outstanding Academic Title. His edition, co-translated with Christine D. Henderson, of Encyclopedic Liberty: Political Articles in the Dictionary of Diderot and d’Alembert is due out in 2016.