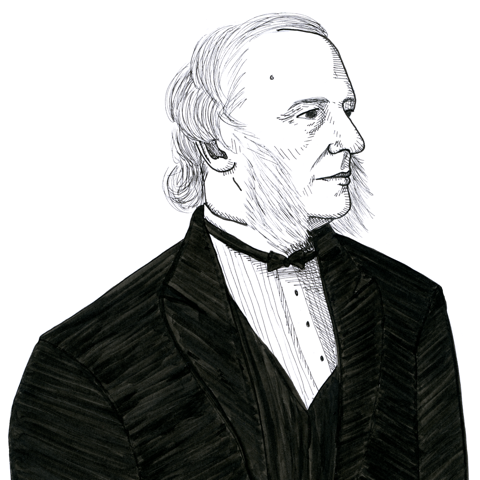 Samuel Smiles (1812-1904) was a Scot who originally trained as a doctor before turning to journalism full-time. Smiles wrote for a popular audience to show people how best to take advantage of the changes being brought about by the industrial revolution which was sweeping Britain and other parts of the world in the first half of the 19th century. In his best known work, Self-Help he combines Victorian morality with sound free market ideas into moral tales showing the benefits of thrift, hard work, education, perseverance, and a sound moral character. He drew upon the personal success stories of the emerging self-made millionaires in the pottery industry (Josiah Wedgwood), the railway industry (Watt and Stephenson), and the weaving industry (Jacquard) to make his point that the benefits of the market were open to anyone.