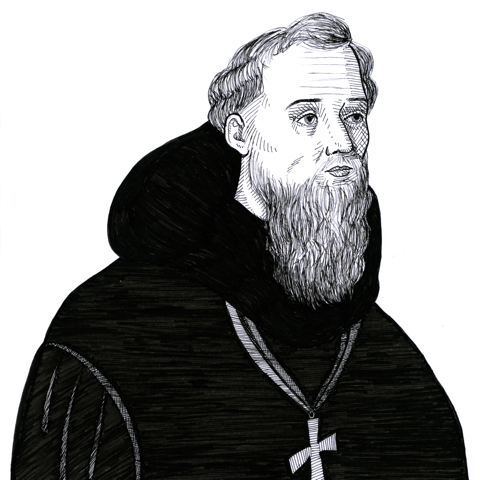 Saint Augustine was bishop of Hippo in Roman Africa from 396 to 430 and may have been the most important theologian of the early Christian church during the last days of the western Roman Empire. His best known works are the Confessions and the City of God.