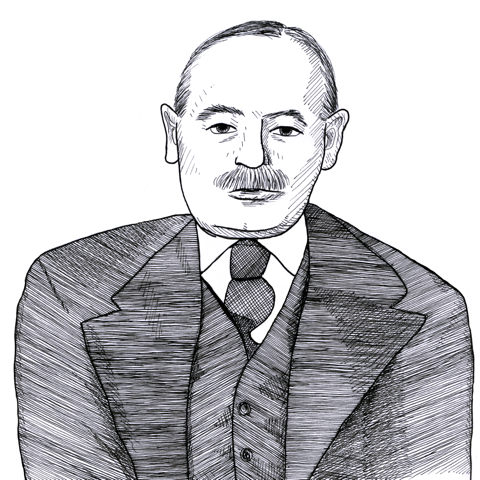 Keynes studied mathematics and economics (under Marshall and Pigou) at King’s College, Cambridge before going to work in the British Civil Service where he became a expert on India’s monetary system. While working for the British Treasury he attended the Versailles Peace Conference after World War One. He resigned his government post in opposition to the harsh terms of the Treaty. After the war he taught economics at Cambridge and later represented Britain at the Bretton Woods Conference which established the International Monetary Fund. He is best known for his books on The Economic Consequences of the Peace (1920), a Tract on Monetary reform (1923), and The General Theory of Employment, Interest and Money. [The image comes from “The Warren J. Samuels Portrait Collection at Duke University.”]