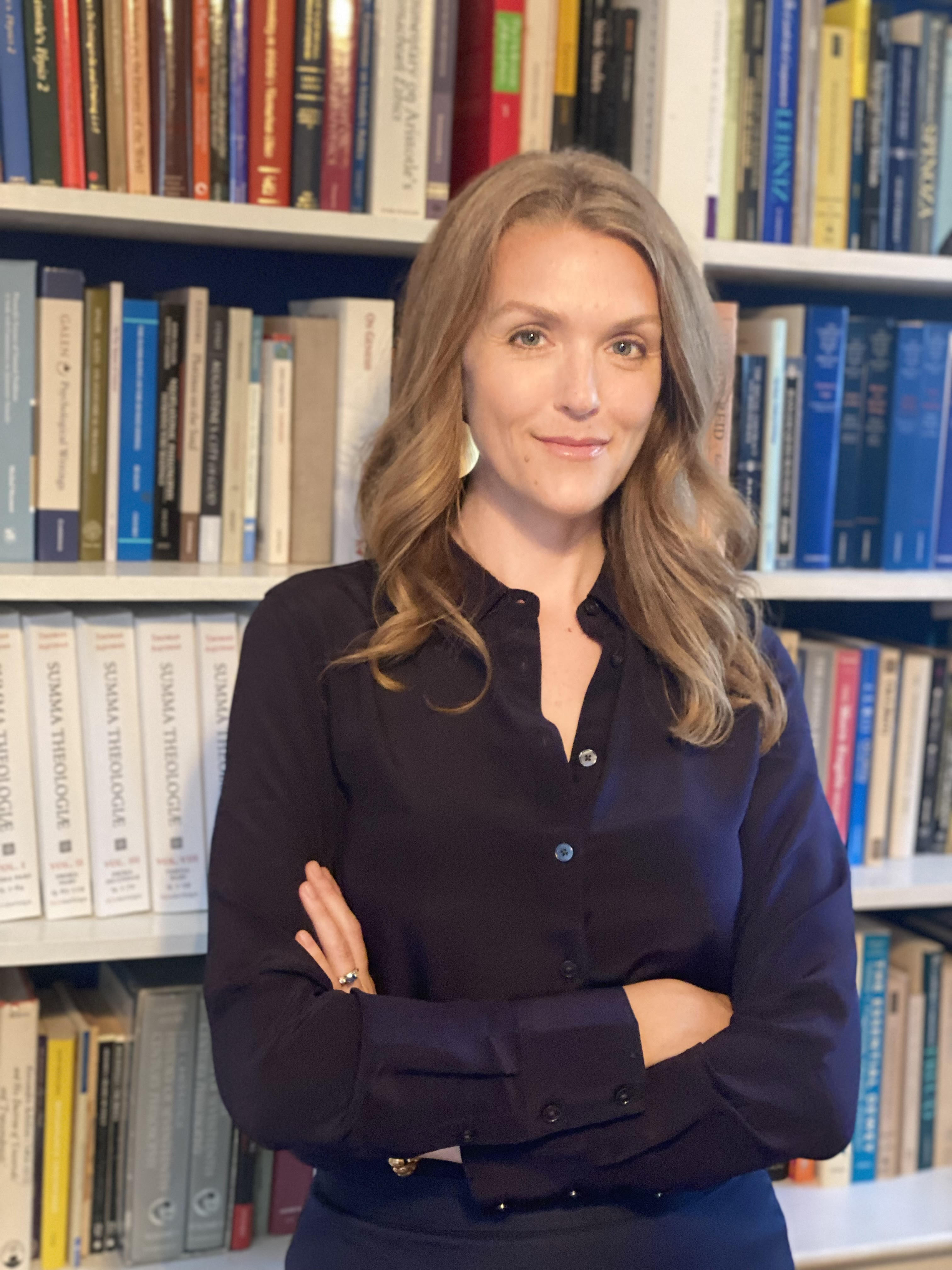 Her academic research is primarily in moral psychology and virtue. In 2015, she was awarded a multi-million dollar grant from the John Templeton Foundation, titled “Virtue, Happiness, and the Meaning of Life.” She frequently write more popular essays and book reviews in places like Breaking Ground, First Things, Image, The Point, and The Wall Street Journal. Last but not least, she hosts a philosophy, theology, and literature podcast called Sacred and Profane Love.Jennifer A. Frey earned a B.A. in philosophy and medieval studies (with a classics minor) at Indiana University, in Bloomington, Indiana. She earned her PhD in philosophy from the University of Pittsburgh.