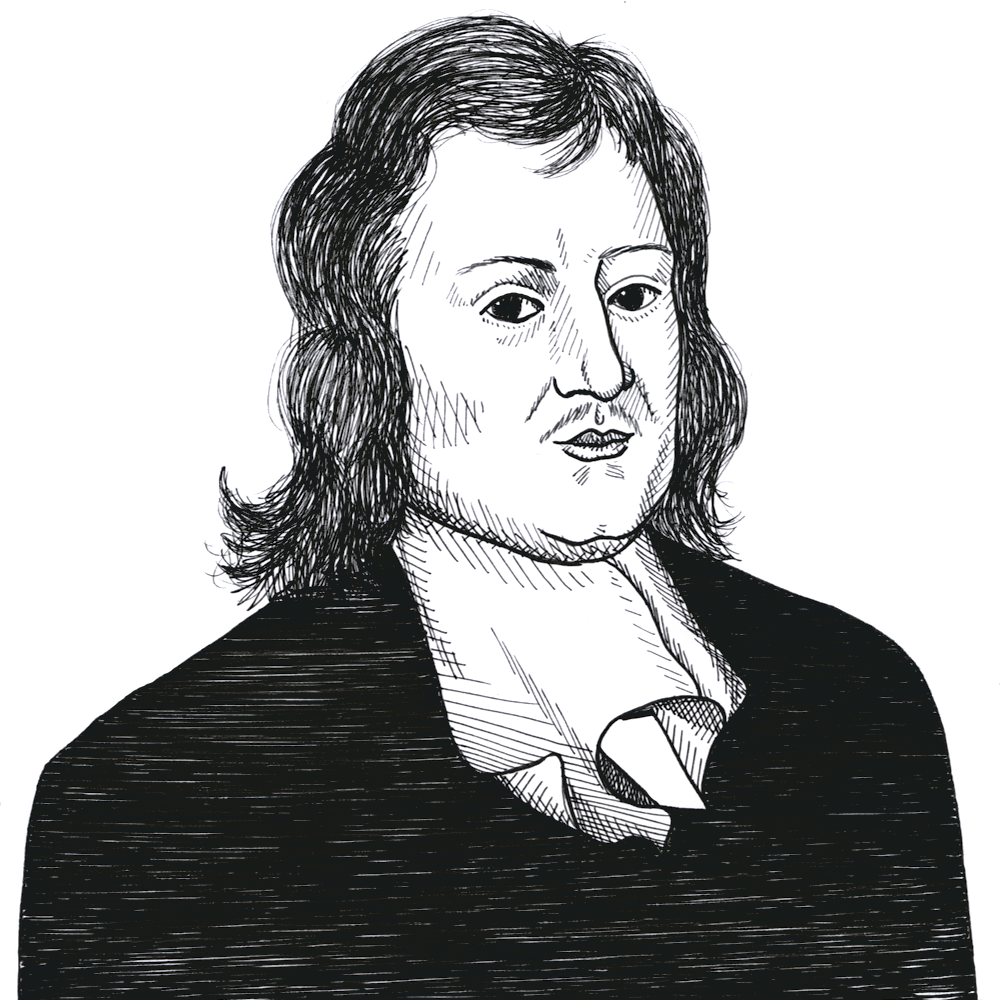 James Harrington (1611-1677) was a leading English Republican political theorist of the 17th century. His views on voting by ballot and the rotation of office were considered radical in his day. Harrington’s work was influential in the 18th century as Jefferson and the Founding Fathers found in his writings on an independent gentry and the right to bear arms a useful antidote to the claims of the British monarchy.