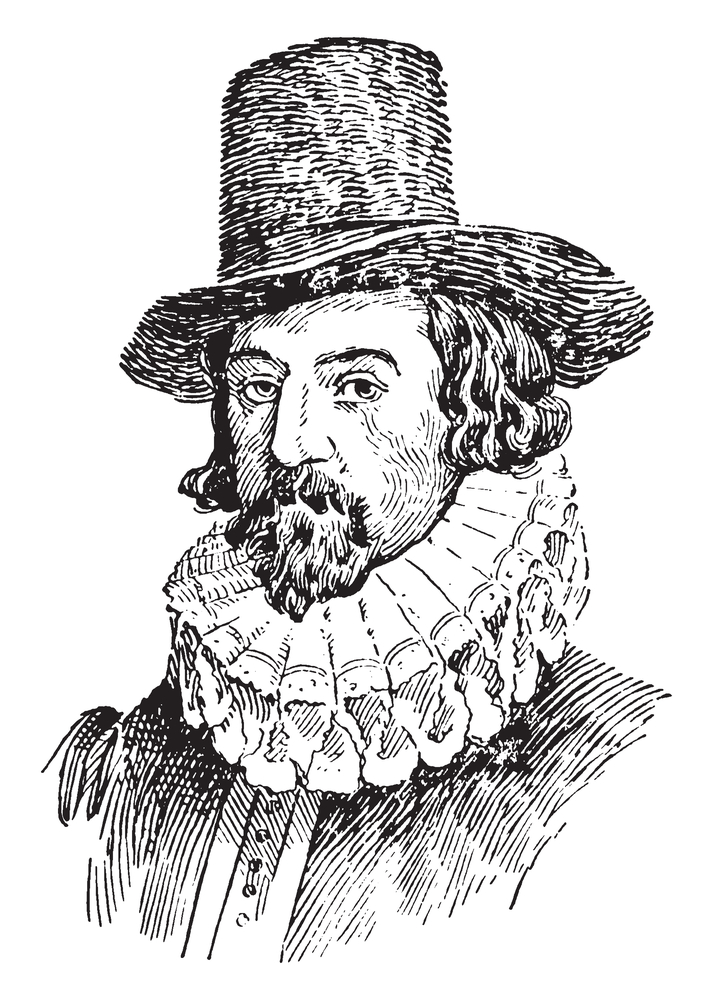 Sir Francis Bacon (1561-1626) was trained as a lawyer but made a name for himself as one of the clearest exponents of the scientific method at the dawn of the scientific revolution in the 16th and early 17th centuries. He argued that knowledge about the natural world could be best acquired through direct observation, experiment, and the testing of an hypothesis.