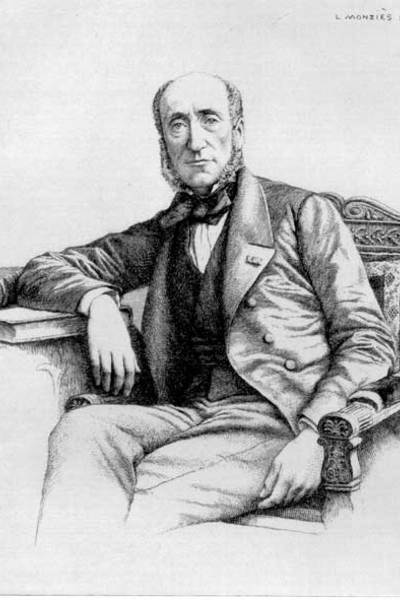 Michel Chevalier (1806-1879) was a Saint-Simonian economist and supporter of free trade. He was commissioned by the French government to visit the US in 1833 to report on its transportation system. As a consequence he published, like Tocqueville, an analysis of North America in a series of letters. Chevalier was a professor of political economy and negotiated with Richard Cobden in 1860 a free trade treaty between France and Great Britain.