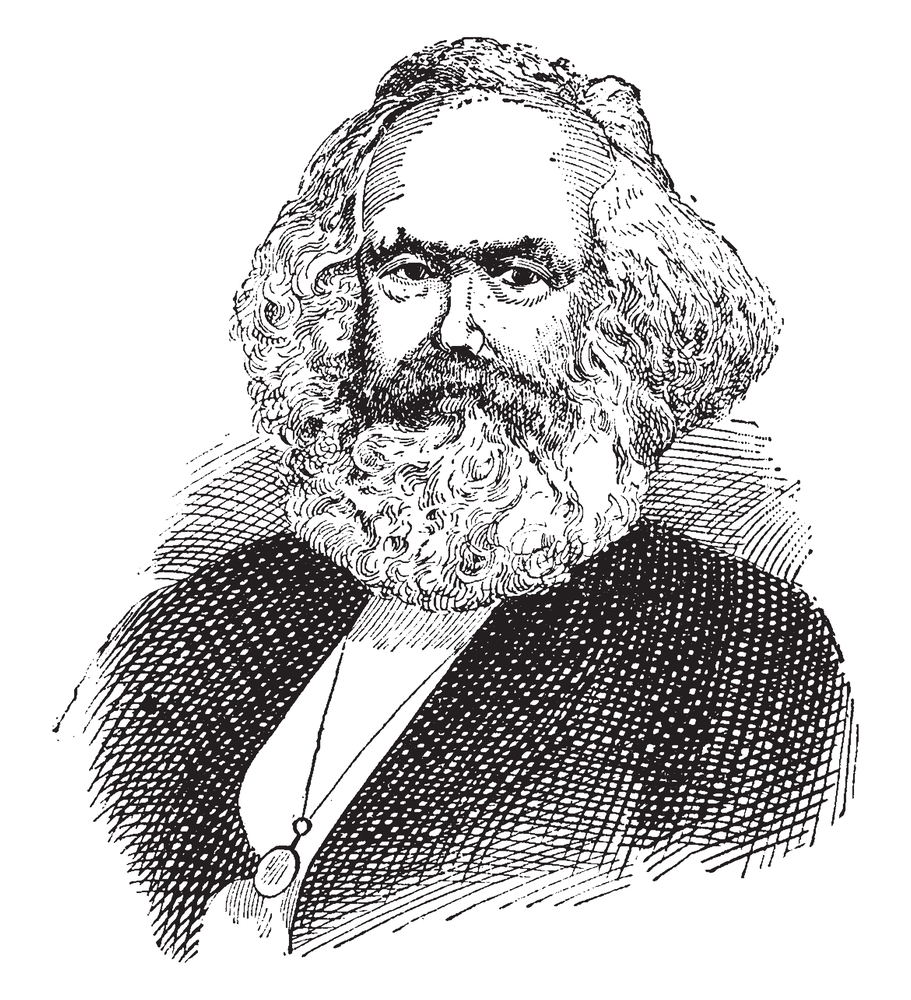 Karl Marx was one of the leading 19th Century theorists of socialism. He prided himself on having discovered the “laws” which governed the operation of the capitalist system, laws which would inevitably lead to its collapse. His form of socialism, in which the socialist party leaders would guide the working class in a “dictatorship of the proletariat” in order to destroy the capitalist system by means of a revolution, should be distinguished from the “utopian socialists” (like Charles Fourier, Louis Blanc, and Proudhon), who wanted to create small, voluntary communities where socialism could be put into practise, and the “social democrats” or “labour parties”, which planned to work peacefully within the parliamentary system in order to bring about piecemeal socialist reform. He was born in Trier in Germany and studied philosophy at the universities of Bonn and Berlin. He first worked as a journalist in the early 1840s but was forced to flee to Paris and then to London in order to escape the censors. Ironically, it was only in the liberal political environment of London that Marx was able to write his most famous critique of the capitalist system. [The image comes from “The Warren J. Samuels Portrait Collection at Duke University.”]

In addition to the works listed below, we have other texts (especially in German) which can be viewed in another section of the OLL, as well as works critical of Marxism: