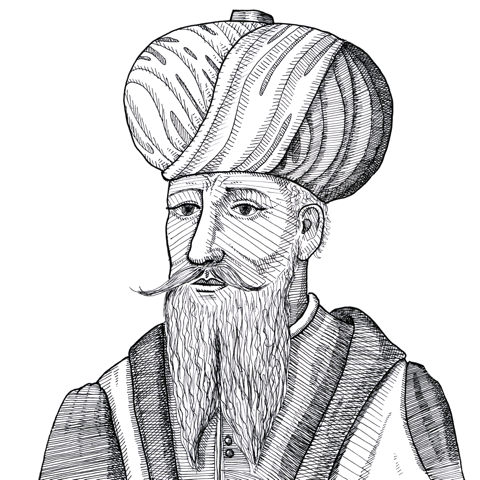 Mohammed was the founder of Islam. In 610, as the economic good fortune Mecca enjoyed because of its dominance of Eastern trade was threatened by growing tribal violence, Mohammed had a divinely inspired vision. According to the Koran, the angel Gabriel informed Mohammed at this time that he was the messenger of God. More revelations followed. These were written down by Mohammed’s followers and became the basis for the Koran. Mohammed preached against the quarrels between the wealthy families of Mecca and ordered them to take greater responsibility in the care of the poor. He also instructed them to put away their idols and the worship of other deities and recognize Allah as the one true God rather than just the leader of the traditional Arab pantheon.