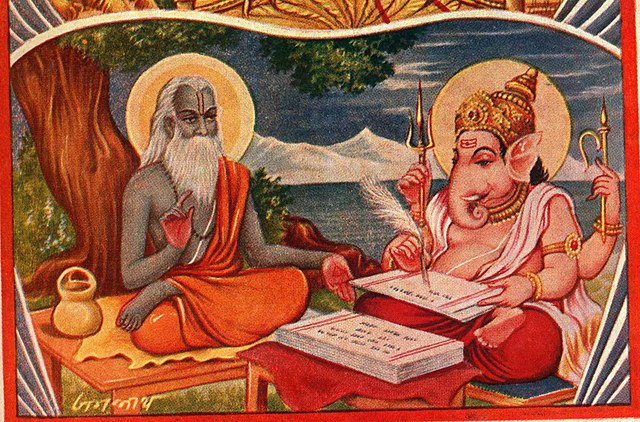 Based on events from about 1400-1000 B.C., the Mahabharata (the great epic of the Bharata dynasty) is one of the two major epics of India. Its importance stems largely from its high literary merit and the fact that one of its four parts is the Bhagavadgita (Song of the Lord), the primary religious text of Hinduism. With more than 100,000 couplets, the Mahabharata is approximately seven times longer than the Iliad and the Odyssey combined. Its main components are thought to have been compiled between 1400 and 1000 B.C by multple authors.