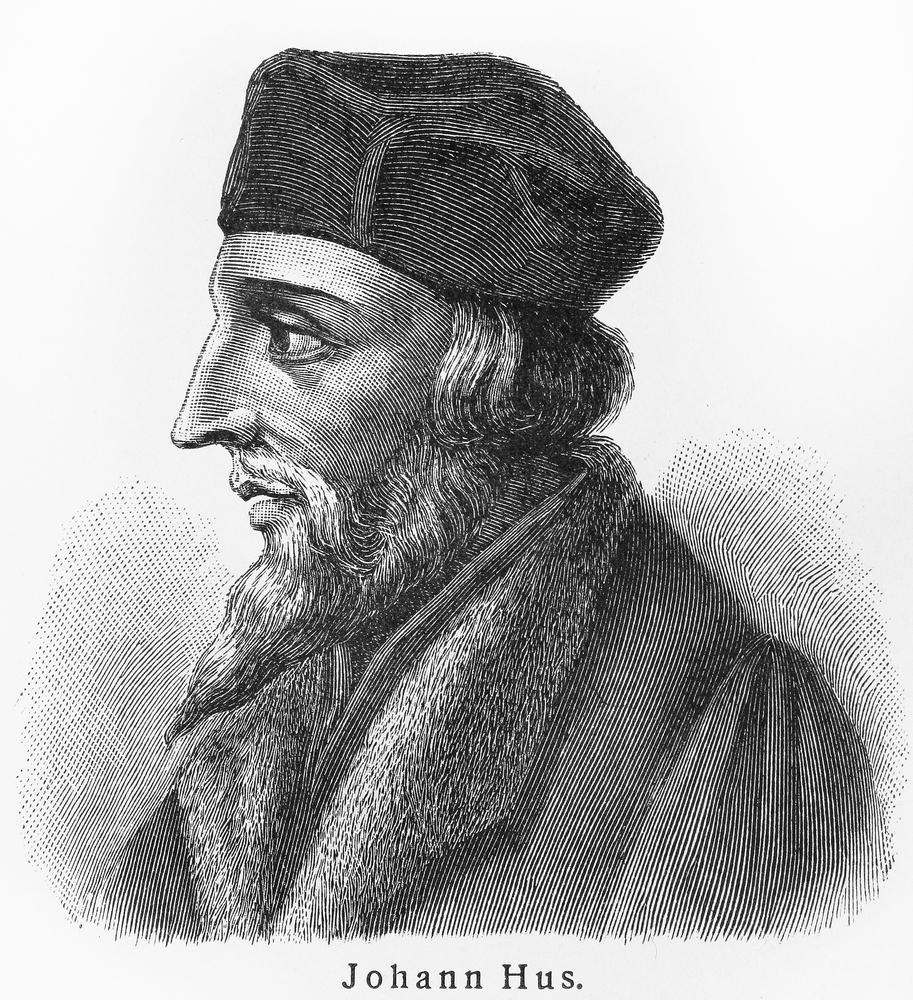 Jan Huss, born in the city of Husinec in Bohemia in 1372, was perhaps the most important Czech religious reformer of the early fifteenth century. Huss was heavily influenced by the work of John Wycliffe (1330-1384), and Huss’s beliefs would find expression in the Lutheran Reformation more than a century after his death. His active participation in the politics of the Great Schism (1378-1417) contributed to his demise. He was burned at the stake in Constance, Germany, in 1415.