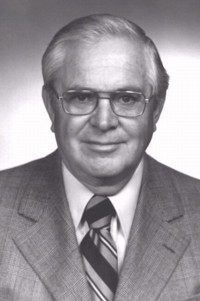 Benjamin A. Rogge (1920-1980) was Distinguished Professor of Political Economy at Wabash College, Crawfordsville, Indiana. He held degrees from Hastings College (A.B.), the University of Nebraska (M.A.), and Northwestern University (Ph.D.), and was a member of both the American Economic Association and the Mont Pelerin Society. He had a gift for rendering into clear English the vital principles of economics, all with a touch of unforgettable humor. He opposed compulsory, state-funded education and sought market alternatives. Among his intellectual mentors was Nobel laureate F. A. Hayek.

Read the Liberty Classics Does the American University Deserve to Survive? and Restoring the Tools of Liberal Learning from Law & Liberty

Titles from Benjamin A. Rogge: