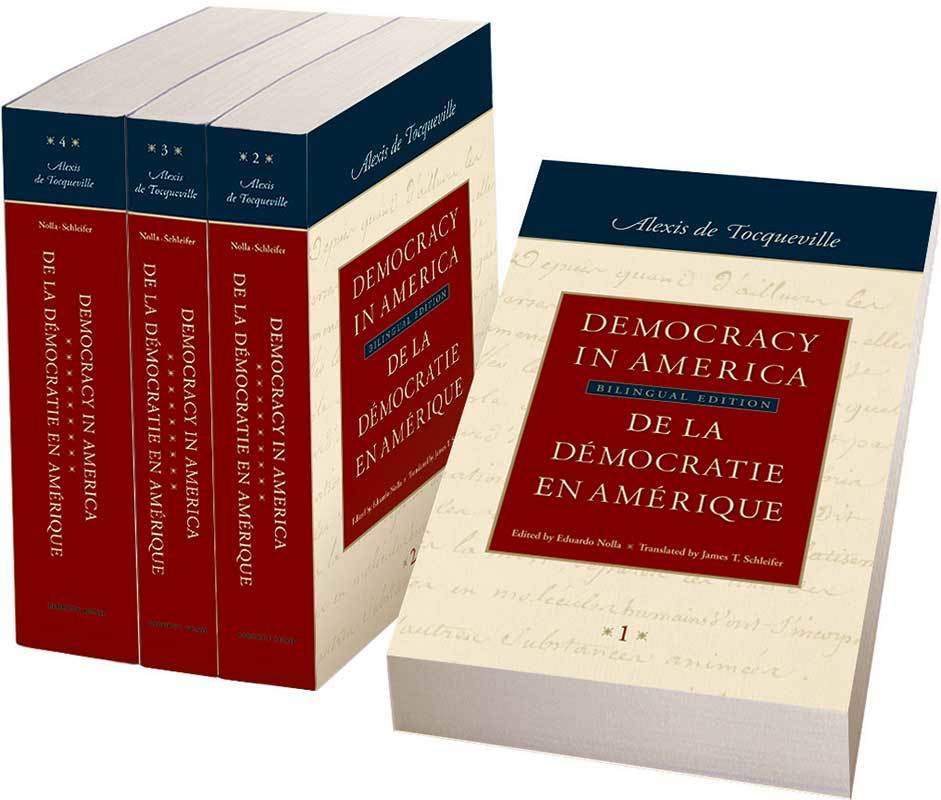 A new 4 volume edition of Tocqueville’s classic text De la Démocratie en Amérique. The original was published in two large volumes, the first in 1835, the second in 1840. The first volume focused primarily on political society; the second, on civil society. The Liberty Fund bilingual edition includes Eduardo Nolla’s historical-critical edition of the French text and notes on the lefthand pages and James Schleifer’s English translation on the right. This is the fullest historical-critical edition of the Democracy, and the notes offer an extensive selection of early outlines, drafts, manuscript variants, marginalia, unpublished fragments, and other materials.