Revisiting Washington's Letter to the Hebrew Congregation of Newport 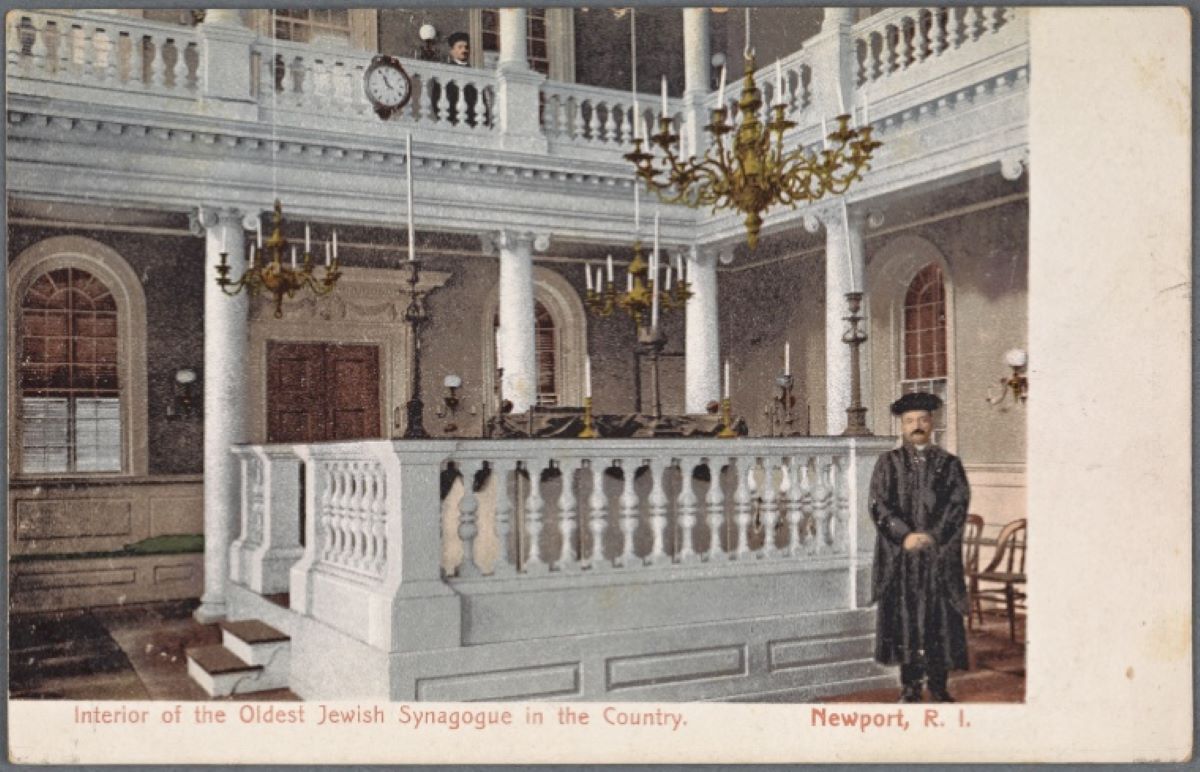 In August of 1790, George Washington made a trip to Newport, Rhode Island shortly after Rhode Island had agreed to the Constitution and to join the United States. Washington was greeted by various leaders of the city including a representative of the city’s synagogue (the “Hebrew Congregation”), Moses Seixas.

Seixas read a brief letter of gratitude for Washington’s leadership sprinkled with biblical references. He began:

Permit the children of the stock of Abraham [the Jews] to approach you with the most cordial affection and esteem for your person and merits — and to join with our fellow citizens in welcoming you to NewPort.

He went on to compare Washington to David of the Bible whom God had delivered from the “peril of the sword.” He compared Washington’s leadership and military prowess to Daniel and Joshua. And Seixas expressed gratitude for the new government that was in place: “a Government, which to bigotry gives no sanction, to persecution no assistance — but generously affording to all Liberty of conscience, and immunities of Citizenship: — deeming every one, of whatever Nation, tongue, or language equal parts of the great governmental Machine…” Finally, he wished that Washington receive divine protection, the same protection that safely shepherded the Jews through the desert after the exodus from Egypt.
A few days later, Washington wrote Seixas a letter thanking him for his words and reiterating the importance of religious freedom and tolerance in the new country that was just emerging from its founding:

May the children of the Stock of Abraham, who dwell in this land, continue to merit and enjoy the good will of the other Inhabitants; while every one shall sit in safety under his own vine and fig tree, and there shall be none to make him afraid. May the father of all mercies scatter light and not darkness in our paths, and make us all in our several vocations useful here, and in his own due time and way everlastingly happy.

The image of sitting safely under one’s own vine and fig tree comes from the Book of Micah. Lin Manuel Miranda invokes the same image in the musical Hamilton when Washington tells Hamilton he won’t be running for President again:

If I say goodbye, the nation learns to move on
It outlives me when I’m gone
Like the scripture says:
“Everyone shall sit under their own vine and fig tree

Washington’s support for religious freedom was soon to be enshrined in the Constitution in the first amendment. When pogroms raged in Russia in the 19th century, when European antisemitism turned genocidal in the 20th, American Jews continued to live peacefully in America, free of government persecution and free to worship as they chose.
Tragically, in recent years, Jewish life in America has become less secure and Washington’s vision of safety is not as reliable as it once was. For the first time in my lifetime, American Jews have been targeted and killed in their houses of worship simply for being Jews, in Pittsburgh and in San Diego.
Antisemitism is a very old ailment. Many Jews have long cherished a belief like that of George Washington that America was somehow different, that the cultural tolerance of America generally and embrace of freedom inoculated Americans against a malady that was so prevalent elsewhere. Alas, in recent years, Americans have lost some of their ability to tolerate those they do not like, whether it is people of a religion or a different political party. We could use a little more George Washington these days in the nation that Washington and his fellow founders helped create.