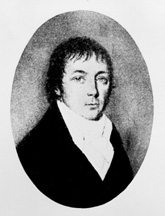 William Smith was born in South Carolina in 1762. He was elected as a Republican to the state senate from 1803 to 1808, and was elected judge of the South Carolina circuit court from 1808 to 1816. Smith was elected to the United States Senate in 1816, serving one term. He was an ardent defender of states’ rights and an opponent of banks, capitalism, internal improvements, and the protective tariff. In national politics he aligned himself with William H. Crawford and in South Carolina politics was a political enemy of the nationalist views of John C. Calhoun. In 1823 he lost his Senate seat to Hayne, the candidate of the Calhoun faction in the South Carolina Republican party. Smith served in the South Carolina House of Representatives from 1823 to 1825, leading the attack on Republican policies of internal improvements and a protective tariff. He was elected to fill a vacancy in the U. S. Senate in 1826 and served until 1831. An ultrastrict constructionist, he played a leading role in the South Carolina protest against the tariff, but he opposed nullification and the plan to call a state convention. The Calhounite faction regarded him as too moderate and nationalistic, and he was defeated by the nullification candidate in 1830. His South Carolina political career ended in the state senate in 1832.