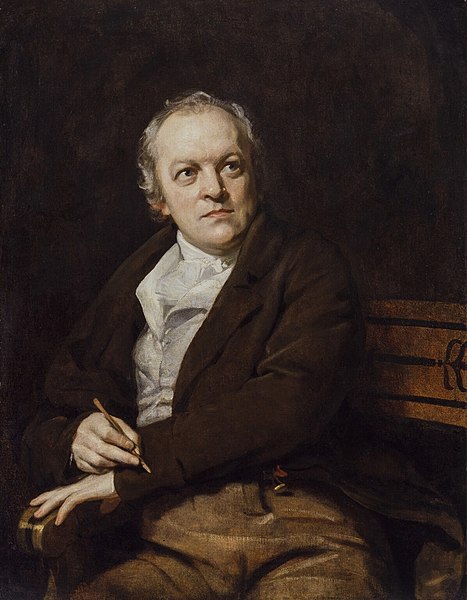 Blake was an English poet and illustrator. He was influenced by the ideas of the American and French Revolutions and mixed in radical circles which included Priestley, Price, Wollstonecraft, Paine, and Godwin. He is best known for his poems Songs of Innocence and Experience and The Marriage of Heaven and Hell, as well as for his illustrations of books such as Chaucer’s Canterbury Tales, the Bible (Job), Dante’s Inferno, and Milton’s Paradise Lost.