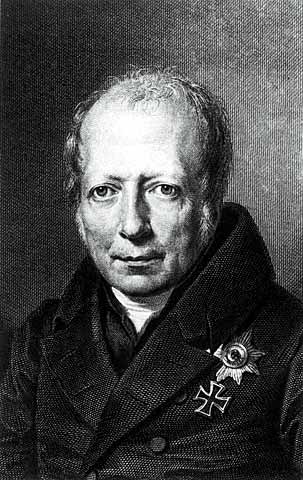 Wilhelm von Humboldt (1767-1835) was described by Friedrich Hayek as “Germany’s greatest philosopher of freedom.” Humboldt wrote a path-breaking defense of the minimal state which had a profound influence on John Stuart Mill. Humboldt later became Director of the Section for Public Worship and Education, in the Ministry of Interior. In this capacity, he directed the reorganization of the Prussian public education system, and, in particular, founded the University of Berlin.