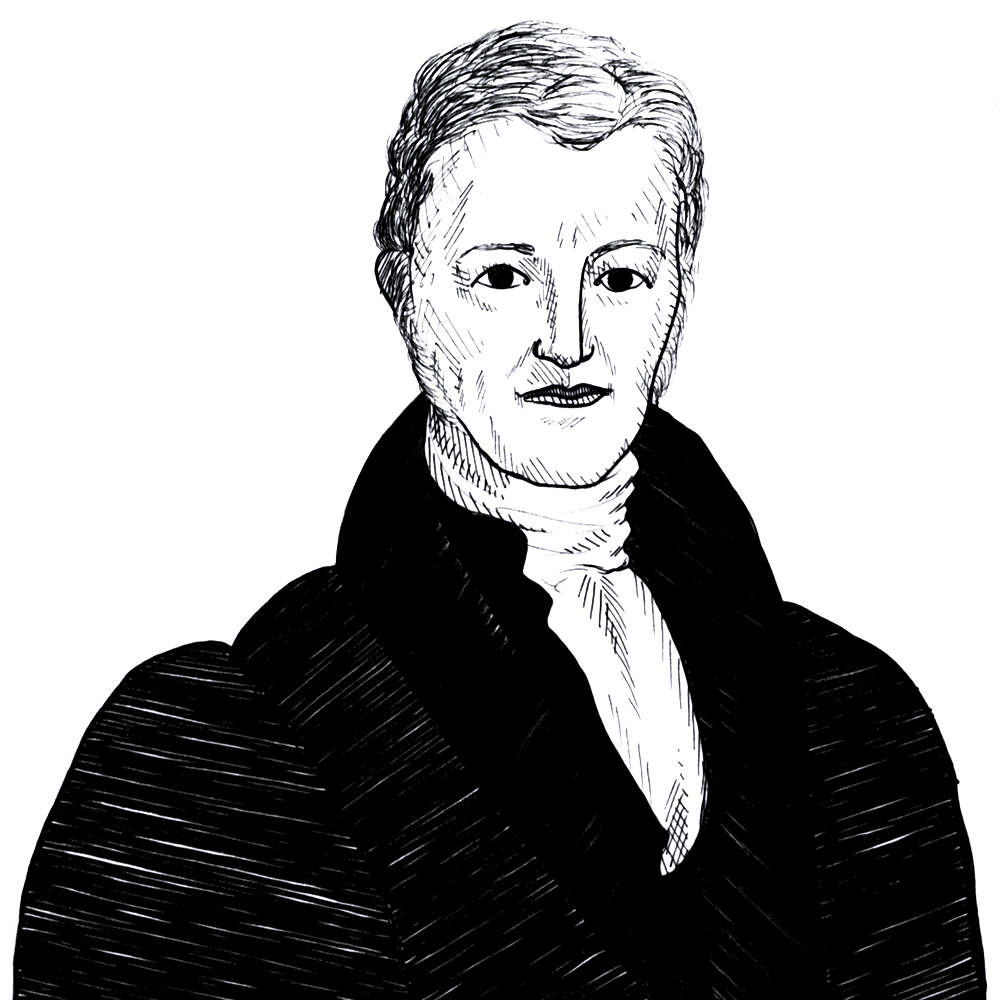 Following his success with his work on population, Thomas Malthus (1766-1823) published often from his economics position on the faculty at the East India College at Haileybury. He was not only respected in his time by contemporaneous intellectuals for his clarity of thought and willingness to focus on the evidence at hand, but he was also an engaging writer capable of presenting logical and mathematical concepts succinctly and clearly. In addition to writing principles texts and articles on timely topics such as the corn laws, he wrote in many venues summarizing his initial works on population, including a summary essay in the Encyclopædia Britannica on population. [The image comes from “The Warren J. Samuels Portrait Collection at Duke University.”]