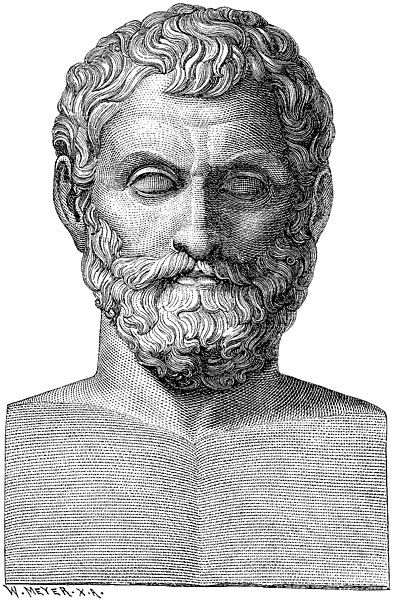 Thales is a pre-Socratic philosopher from Miletus who is credited by the Greeks with successfully predicting the eclipse of the sun during an important battle between the Lydian King Alyattes and the Median Cyaxares in 585 B.C. Aristotle attributed to Thales the invention of philosophy, based on Thales' speculation that water was the fundamental source-element in the formation of matter. More important than Thales' conclusions, however, was his assertion that answers to such basic questions must be grounded in reason rather than myth and revelation. In addition to his scientific theorizing, Thales was credited by Herodotus with being a skillful politician and a champion of the Ionian federation throughout the Aegean.