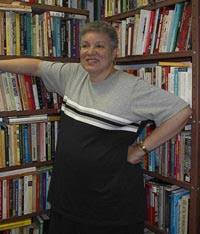 Susan Love Brown is a recently retired Professor of Anthropology at Florida Atlantic University in Boca Raton, Florida. She is a cultural anthropologist with specializations in political and psychological anthropology and areal interests in the Caribbean and the United States. Her research is in the areas of anarchism, ethnicity, gender, social evolution (especially the rise of the state), intentional communities, and utopian thought. She is a co-author of Meeting Anthropology Phase to Phase (Carolina Academic Press 2000) and the editor of Intentional Community: An Anthropological Perspective (SUNY 2002) She is the author of numerous articles and talks on the thought of Ayn Rand, the anthropology of literature, and the nature of communalism and individualism.