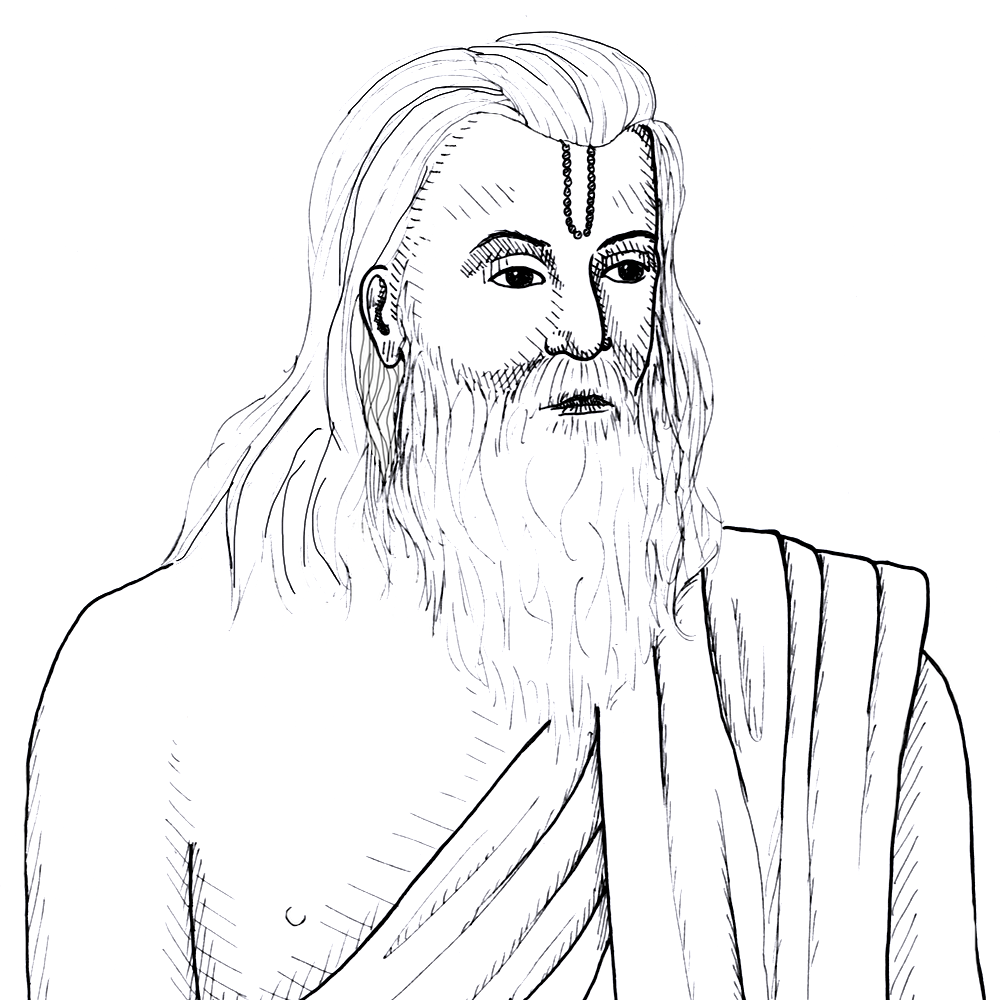 The Upanishads, the commentaries in verse of the great teachers of Hinduism on the sacred texts of the Vedas, are central to the Hindu religious canon. The name Upanishad roughly translates to “sitting at the feet of the teacher.” The names of 108 of the teachers are known. The first were active around 1000 B.C., and the largest number sometime around 600 B.C.