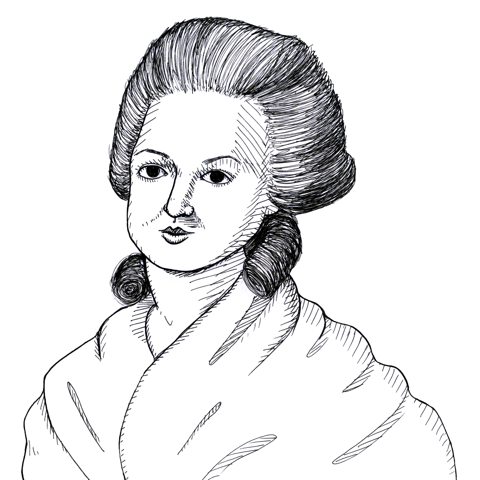 Marie Gouze (1748-1793), who wrote under the name of Marie-Olympe de Gouges, was the daughter of a butcher who became a playwright and early feminist during the French Revolution. She was active in the abolitionist movement, writing Réflexions sur les hommes nègres (Reflections on Black Men) (1788) and being active in la Société des amis des Noirs (Society of the Friends of the Blacks). Gouges was a supporter of the French revolution and felt that that the official French Declaration of the Rights of Man and of the Citizen of August 1789 had compromised the universality of its principles by ignoring women. So she wrote her own in the form of a petition to the Queen using the same rhetoric and words of the Declaration, “Déclaration des droits de la Femme et de la Citoyenne” (Declaration of the Rights of Woman and of the Woman-Citizen) (3 September 1791). She was guillotined by the Jacobins in November 1793 for her liberal views and political activities.