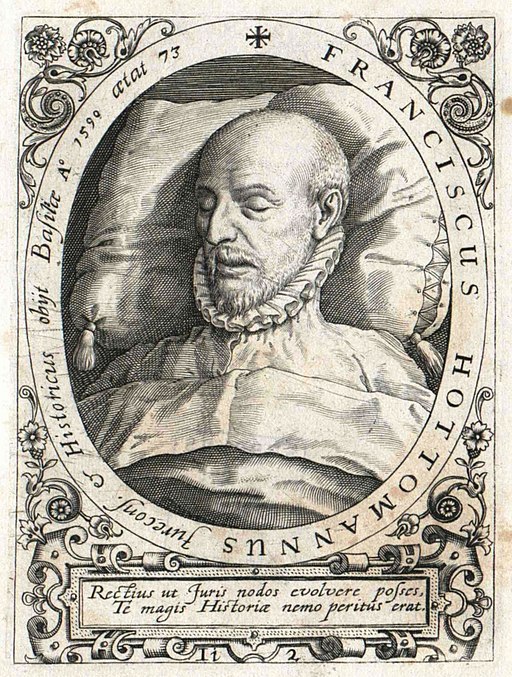 François Hotman (1524-1590) was a French Protestant political theorist who was part of the monarchomach group who were opponents of absolute monarchy. Hotman trained as a lawyer but later turned to literature and political theory. He was a professor of jurisprudence, history, and literature at a number of European universities and was an important figure in the humanist movement.