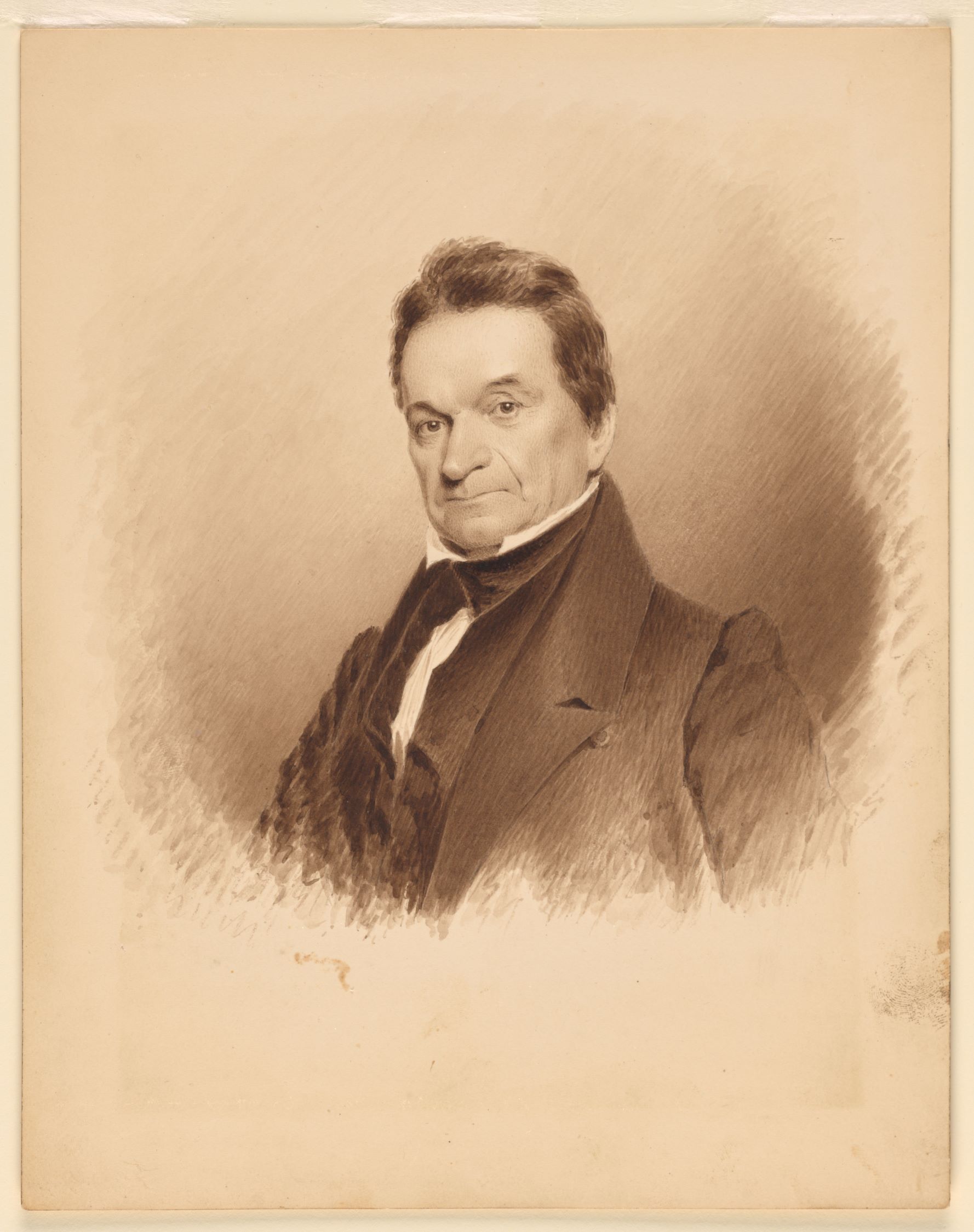 Edward Livingston was born in New York in 1764, the younger brother of the revolutionary statesman Robert R. Livingston. Educated at Princeton College, he studied law and began the practice of law in 1785. He entered politics as a Republican, serving in the United States House of Representatives from 1795 to 1801. He voted for Thomas Jefferson for president when the election was thrown into the House of Representatives in 1801. He was appointed United States attorney for the district of New York and was elected mayor of New York in 1801. He got into legal and financial difficulty in 1803 when a custom house clerk misappropriated public funds. Livingston, held responsible, sold his property to pay back the money and moved to Louisiana. There he practiced law and invested in a land development project that brought him into conflict with the Jefferson administration and that drove him more deeply into debt. In the War of 1812, he served on the staff of General Andrew Jackson. Livingston was elected to the Louisiana legislature in 1820, and to the United States House of Representatives in 1822, where he served three terms. A supporter of Andrew Jackson, Livingston was elected to the Senate in 1829 and was appointed Secretary of State in 1831. He wrote Jackson’s proclamation on nullification in 1832. He served as minister to France from 1833 to 1835. Throughout his career, Livingston made contributions to legal and penal reform that won him international acclaim. He died in 1836.