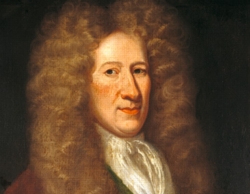 Fletcher was a Scottish writer who opposed the 1707 union with England and was staunchly opposed to standing armies which he saw as a means to expand the power of the state and oppress the people. In preference to a standing army Fletcher believed that the ordinary people organised in militias were a bulwark of liberty.