Samuel Adams…Much More Than a Beer 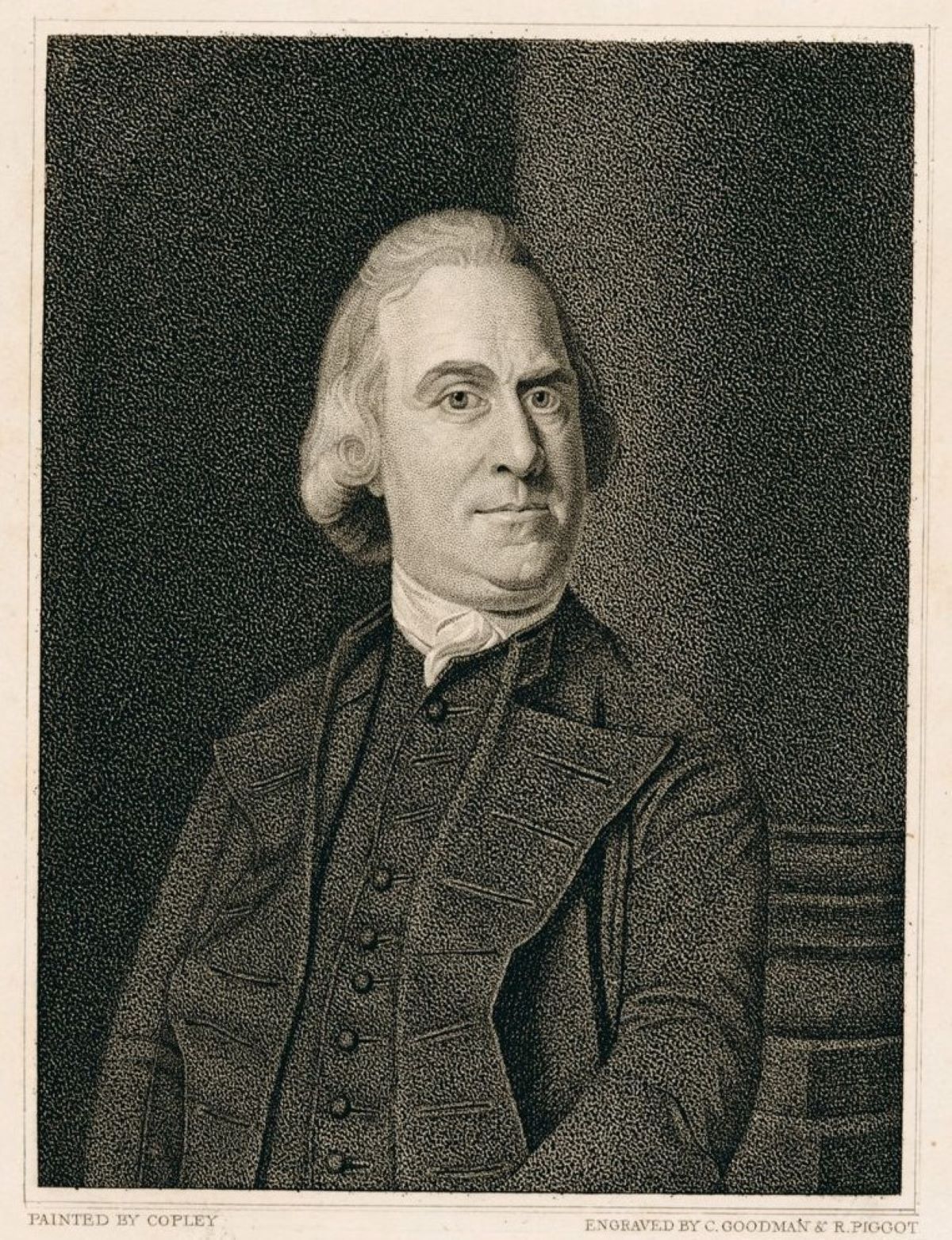 Millions of Americans today are concerned about social justice. Issues ranging from abortion to environmental devastation to racial disparities in income, education, convictions, and imprisonment roil our nation. Similarly, more than 250 years ago, many American colonists were deeply troubled by perceived social injustices. In the 1760s and early 1770s, they protested that the British were denying them fundamental political, economic, social, and religious freedoms.

Most of those who strongly denounced alleged British oppression, led civil protest movements, and created political bodies to try to change the policies of Parliament and King George III are well known today—most notably Thomas Jefferson, Benjamin Franklin, John Adams, John Hancock, and Patrick Henry. The person, however, who arguably played the most significant role in the colonists’ decision to declare independence from Britain—Samuel Adams—is largely forgotten. More than any other American, Adams publicized colonists’ grievances, defended their rights, and rallied them to protest English policies. Nevertheless, today most Americans know his name only in connection with a brand of beer.


Samuel Adams provides a good role model for dealing with current social justice issues. His belief in transcendent moral standards, argument that the success of Americans’ quest for independence (and later of their new nation) depended on their virtue, methods for mobilizing public opinion, and perseverance in the face of major obstacles can guide us as we confront pressing social issues today.


Adams’s pious parents took him to South (Congregational) Church in Boston every week, charged him to read the Bible daily, and diligently instructed him in Christian teaching. As a student at Harvard, Adams was deeply affected by the First Great Awakening—a series of revivals that swept New England—especially by reading the books of theologian Jonathan Edwards. As he aged, Adams became increasingly convinced that God furnished norms for society and government, which he argued the British had violated. He challenged Americans to revere these divine standards, base their social and political structures on scriptural principles, and behave virtuously. If they did, God, who providentially directed history, would enable them to gain their independence and to flourish as a new republic.


Deeply disturbed by British control of American affairs, Adams organized Committees of Correspondence in Massachusetts, which served as a model for other colonies, and helped lead the Boston Sons of Liberty. While serving as a member of the Massachusetts General Court from 1765 to 1774, he denounced many British policies and campaigned for American independence by publishing essays in the Boston Gazette and organizing protests and boycotts. Adams led Boston’s economic warfare against England in response to the Coercive Acts of 1774. He also strongly opposed the efforts of British Anglicans to establish their church throughout the colonies and insisted that religious and civil power must be separated.


Others at the time agreed that Adams was more indispensable to the revolution than any other American. “Would you believe,” a British military officer wrote in 1775, “that this immense continent, from New England to Georgia, is moved and directed by one man!—a man of ordinary birth?” Adams, he complained, had used his “talent for factious intrigue” to provoke revolution. John Adams declared that his cousin was “a wedge of steel” who severed the lifeline “which tied North America to Great Britain.” Some New England Tories censured Adams as the “grand Incendiary” who ignited the colonial conflagration and labeled Boston’s resistance against the crown and Parliament the “Adams’ conspiracy.” Thomas Jefferson called Adams “truly the Man of the Revolution.”


Few founders made as substantial a financial and personal sacrifice as did Adams to help Americans win their independence and the nascent republic to survive. As Adams told his wife, “I have long ago learned to deny my self many of the sweetest Gratifications in Life for the Sake of my Country.” After his death, the Boston Independent Chronicle, speaking for many, declared that “the Father of the American Revolution” had been “the undeviating friend of civil and religious liberty.” Throughout his long life, Samuel Adams, inspired by his faith in God and confidence in republican principles, worked energetically and effectively to achieve and sustain American independence.


To preserve our republic in these tumultuous times, we need to emulate Adams’s belief in transcendent truths, passionate promotion of the tenets of democracy, diligent labors to organize citizens to support just causes, and willingness to make sacrifices for the common good. We can seek to live virtuously to set a good moral example. And, as Adams helped mobilize colonists to end British oppression and secure their independence, we can prod and help marshal citizens to provide greater justice in American society by working to improve education, preserve our environment, reduce abortion, poverty, and racism, and end human trafficking.

I think Sam Adam's also ensured that the the British Soldiers in the Boston Massacre were given a fair trial. While tensions are high, this action shows heroism.

Actually, it was Samuel Adams’ second cousin, future president John Adams, who defended the British sentries who killed five Americans at the Boston Massacre on March 5, 1770. A crowd of about 300-400 Bostonians had been verbally assaulting the sentries and pelting them with rocks. John Adams wanted to ensure that the soldiers received a fair trial, which they did. The jury acquitted six soldiers and convicted two others of manslaughter whose punishment was having their thumbs branded. Many Americans believed that the penalty was too lenient. Samuel Adams helped to transform the dead rioters into martyrs for American liberty, and the Boston Massacre helped increase animosity toward British King George III and Parliament.