Reading Room / A Friend to the Revolution: Mercy Otis Warren and the Ordinary Virtues of Republicanism

A Friend to the Revolution: Mercy Otis Warren and the Ordinary Virtues of Republicanism 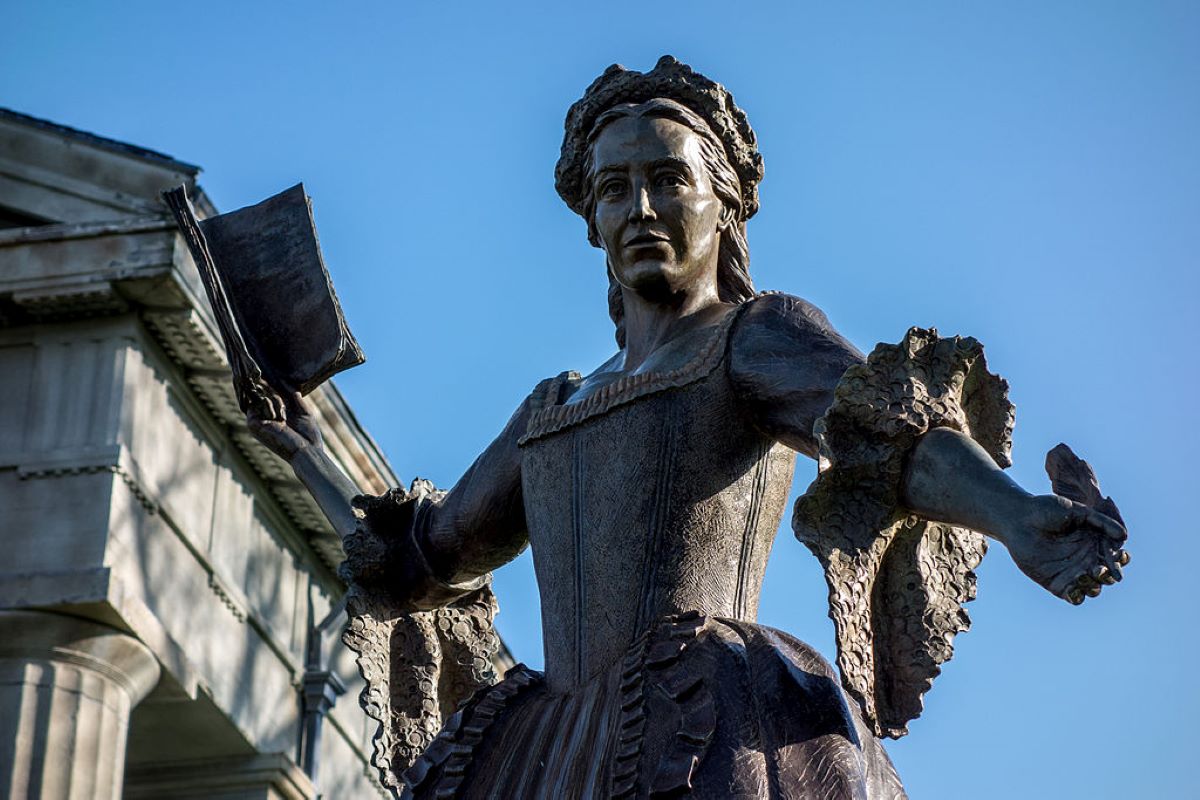 If, as the saying goes, you can judge a man by the company he keeps, then Mercy Otis Warren ought to be more highly regarded.

The original social networks were driven not by data, but the power of family ties and personal character. Then, as now, who you knew mattered—and Mercy Otis Warren was, in her own words, “connected by consanguinity, or friendship, with many of the principal characters who asserted and defended the rights of an injured country” during the founding period. As a sister, wife, and friend, she had a front-row seat to the work of such luminaries as James Otis, James Warren, John Adams, George Washington, and others.
Warren’s History of the Rise, Progress, and Termination of the American Revolution is by far her most famous work. Although not published until 1805, it seems possible that Warren had made some efforts towards the project even before the completion of the war. Even if that were not the case, the manuscript was almost certainly completed by the early 1790s—making it of tremendous lasting value to later day historians who revel in her nearly contemporaneous accounts of the events and persons of the Revolutionary era. Yet Warren’s own participation in the unfolding events of the period as a propagandist and political commentator is hardly mentioned outside of select scholarly circles.
Warren wrote prolifically on the most important issues of her time, penning satirical plays criticizing the royal governor in Massachusetts, poems on subjects ranging from the Boston Tea Party to the arc of imperial politics, and even (after the Revolution) a pamphlet objecting to the newly proposed national Constitution for its excessive concentration of power away from the people.
Although most of these pieces were first published anonymously, Warren’s talents were well known among her circle of intimates. John Adams, for example, personally requested she compose a poem to commemorate the Boston Tea Party: “I wish to See a late glorious Event, celebrated, by a certain poetical Pen, which has no equal that I know of in this Country.”


This work, “The Squabble of the Sea Nymphs; or the Sacrifice of the Tuscararoes,” was published on the front page of the Boston Gazette on March 21, 1774. Like most of Warren’s writing, it focused on the conflict between virtue and vice, viewing tyranny as the inevitable result of public corruption and liberty as the rightful inheritance of the just.
Perhaps history’s neglect of Warren’s other works stem from their more ephemeral nature, but I suspect, rather, that it is because what is most remarkable about Warren is how entirely unremarkable she was in many respects. Although her intellectual gifts were myriad and her public achievements noteworthy for a woman of the period, the majority of her energy seems to have been devoted to the care of her home and family. In an unpublished poem written in 1766, Warren went so far as to “invite” her beloved husband James to retire from public life. “Come leave the noisy smokey town / where vice and folly reign,” she wrote, comparing the illusive vanity of ambition with the simpler charms of home and family.
James Warren did not accept his wife’s invitation, and in time, she seems to have grown to share some of his sense of public duty. An undated poem in the same collection finds Warren resolving to “Not neglect the smallest part / of social duty while I stay / Let charity in every branch / with fervent friendship mark my way.” These, and several other of Warren’s private poems have been published in the modern period. In combination with her letters, they provide a fascinating glimpse at the interior life of a woman who might be well said to embody the characteristics scholars have labeled “republican motherhood.”
Her public efforts were an outgrowth of her private interest in cultivating the virtue and character of those under her influence; when Warren wrote about the virtues of republicanism, she had in mind the steady virtues of self-control, honesty, thrift, and so forth. Her efforts in support of the American Revolution and, later, the Republic, were meant to suppress the vices of luxury and corruption associated with men of light substance and little dignity. These values shine forth in her personal letters and in her more propagandistic writings. In an age of widespread public discord and distrust, perhaps we ought to revisit both of them with eyes to see what lasting lessons remain there to be learned.