James Wilson and the New Nation 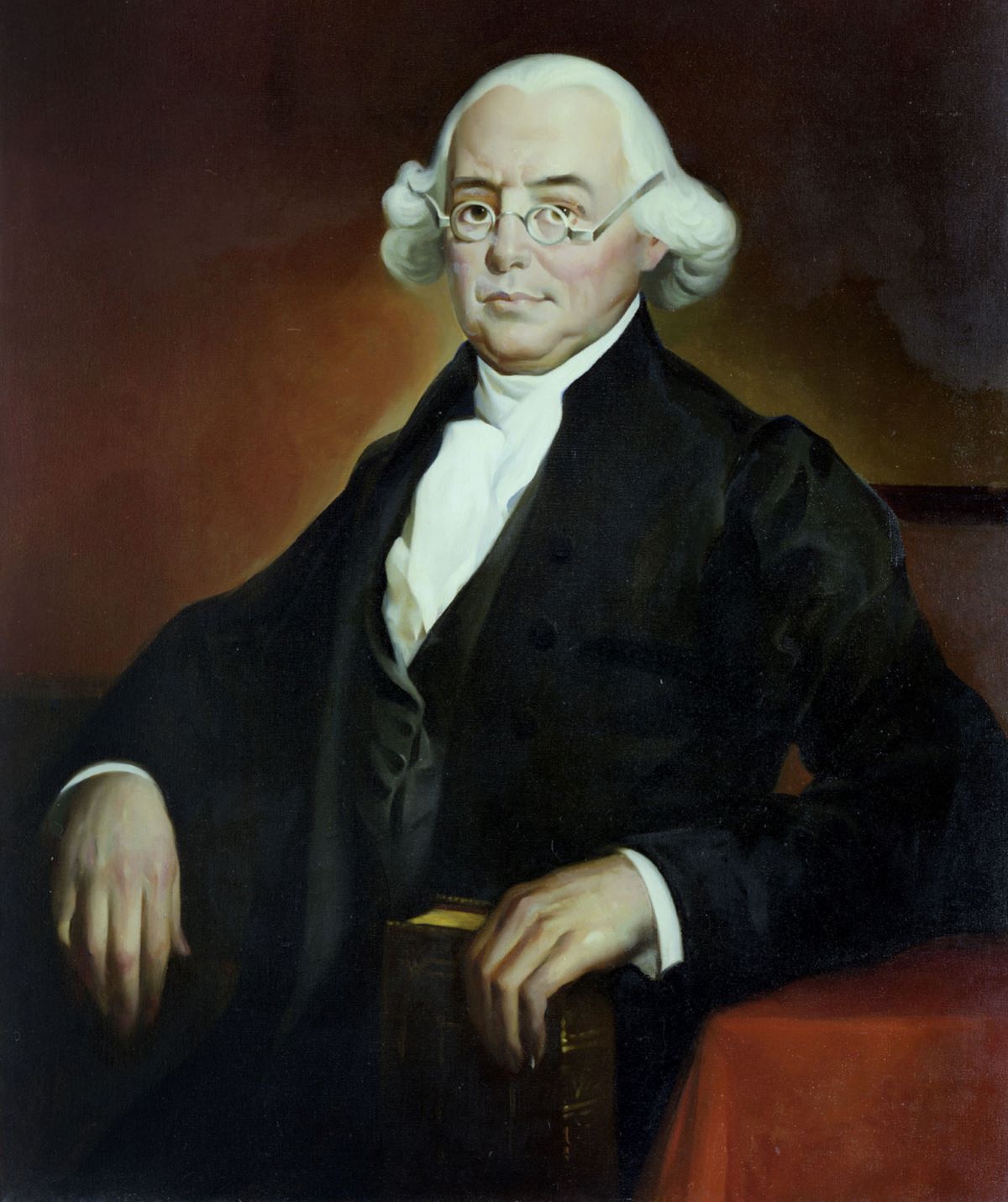 In 2007, Gary L. Gregg and I asked more than one hundred history, politics, and law professors who was the most important but forgotten of all American founders. There was widespread agreement that this honor, if it can be called an honor to be a forgotten founder, belongs to James Wilson.

Wilson was born in Carskerdo, Scotland, in 1742. He received a solid classical education that enabled him to win a scholarship to the University of St. Andrews. Wilson studied there for four years before apprenticing briefly as an attorney and then attending the University of Glasgow where he may have heard lectures by Adam Smith and Thomas Reid.
In 1765, Wilson immigrated to America and taught Latin and Greek at the College of Philadelphia (now the University of Pennsylvania) for a year before reading law under John Dickinson. He flourished as an attorney and, as the War for American Independence approached, was drawn into politics.
Wilson achieved national recognition with his essay, “Considerations on the Nature and Extent of the Legislative Authority of the British Parliament” (1774). Many patriots rejected Parliament’s claim that it could levy internal taxes on the colonies, but they conceded that it could regulate and/or tax international trade. Wilson’s essay was the first to publicly deny the “legislative authority of the British Parliament over the colonies . . . in every instance” (emphasis original). He acknowledged that the colonists owed allegiance to the King in exchange for his protection, but stipulated that if he withdrew his protection the colonists were no longer obligated to obey the Crown. Wilson was able to put this theory into practice when he voted in favor of and signed the Declaration of Independence.
In 1787, the Pennsylvania legislature appointed Wilson to represent the state at the Constitutional Convention. He attended the Convention from start to finish and participated in all of the most significant proceedings. Wilson joined with Madison in arguing for a powerful national government based immediately upon the authority of the people. He was the most democratic of all delegates, advocating for the direct, popular, and proportional election of representatives, senators, and the president.
Wilson believed that the chief executive should be independent of the legislature, and that he should have a range of powers that would allow him to act with “vigor and dispatch.” As well, he fought for an independent federal judiciary that would possess the power of judicial review. Wilson served on the important five-member Committee of Detail, and many of the earliest full drafts of the Constitution are in his handwriting.
Under Wilson’s leadership, Pennsylvania became the second state, and the first large one, to ratify the Constitution. As the only member of the state’s ratifying convention who attended the Federal Convention, Wilson was in an excellent position to defend the Constitution. In his “State House Yard Speech” of October 6, 1787, he responded to the earliest Anti-Federalist criticisms. Gordon Wood, in The Creation of the American Republic, remarked that this speech quickly became “the basis of all Federalist thinking.”
President Washington appointed Wilson to be Associate Justice of the United States Supreme Court in 1789. The Court had relatively little business during its first decade, but Wilson issued significant opinions in Hayburn’s Case (1792), Chisholm v. Georgia (1793), and Ware v. Hylton (1796).
From 1790 to 1792, Wilson offered a series of law lectures at the College of Philadelphia. Because he believed that law should be “studied and practiced as a science founded in principle” not “followed as a trade depending merely upon precedent,” many of his lectures are devoted to broad moral, epistemological, political, and jurisprudential issues. Consequently, they contain some of the richest analysis of America’s constitutional order written by a founder.
In the early 1770s, Wilson began speculating heavily in western land. In 1797, an economic downturn devastated an over-leveraged Wilson. Even though he was a sitting Supreme Court Justice, he was thrown into jail on two separate occasions because of unpaid debts. He spent his final days hiding from creditors in Edenton, North Carolina. Wilson died on August 21, 1798, and was buried with little ceremony in Edenton. In 1906, his body was disinterred and reburied in America’s Westminster Abbey–Christ Church, Philadelphia.
Wilson’s inglorious and early death, his lack of papers, and his service on the Supreme Court at a time when there was little business before that body, conspired to keep him in relative obscurity. However, he is worthy of serious consideration as one of the most thoughtful and systematic political and legal theorists of the founding era. He played a critical role at the Constitutional Convention, and although he did not win every battle, the American constitutional system has developed over time to closely resemble his vision.
In his law lectures, Wilson wrote that:

There is not in the whole science of politicks a more solid or a more important maxim than this–that of all governments, those are the best, which, by the natural effect of their constitutions, are frequently drawn back to their first principles.

If American citizens, like governments, should reflect upon the first principles of our constitutional republic, the political and legal ideas of one of the greatest theorists among the founders simply cannot be ignored.