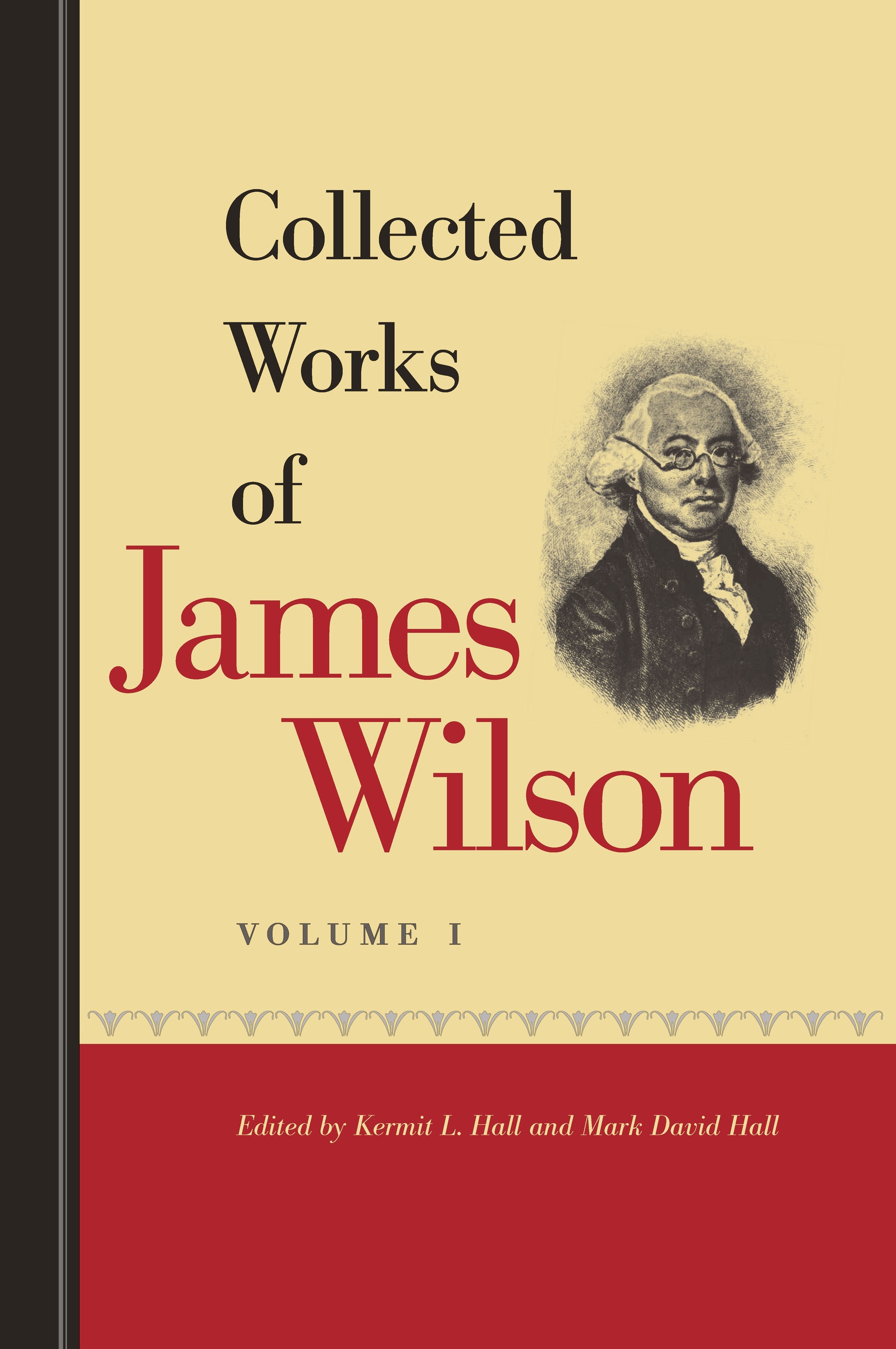 This two-volume set brings together a collection of writings and speeches of James Wilson, one of only six signers of both the Declaration of Independence and the United States Constitution, and one of the most influential members of the federal Constitutional Convention in 1787. Wilson’s writings and speeches had a significant impact on the deliberations that produced the cornerstone documents of our democracy. Wilson’s signal contribution to the founding of our national government was his advocacy for both a strong national government and an open and democratic political system, a position that set him apart from both Alexander Hamilton and Thomas Jefferson.

Wilson’s writings form one of the most significant bodies of thought about the relationship between a distinctively American form of democracy and a distinctly American constitutional system. Wilson wrote extensively on the concepts of separation of powers, the authority of the judiciary to review acts of the other branches, and the development of principles of representative government. This collection of Wilson’s writings includes his famous law lectures, a number of noteworthy essays and speeches, some of which are presented together for the first time, and his opinions in several Supreme Court cases. Together, the writings in this volume illustrate that Wilson’s words more nearly foreshadowed the nation’s future than those of his better remembered contemporaries such as Alexander Hamilton, James Madison, and Thomas Jefferson. In addition to providing the reader with a historical view of the nature of American democracy, the power of courts and judges, the independence of the executive branch, and the power of law to structure social relations, this book speaks directly to the ongoing debate about the scope and nature of judicial review and the place of law and judicial structures in the conduct of society.