Reading Room / Jefferson and the Principle of Natural Equality

Jefferson and the Principle of Natural Equality 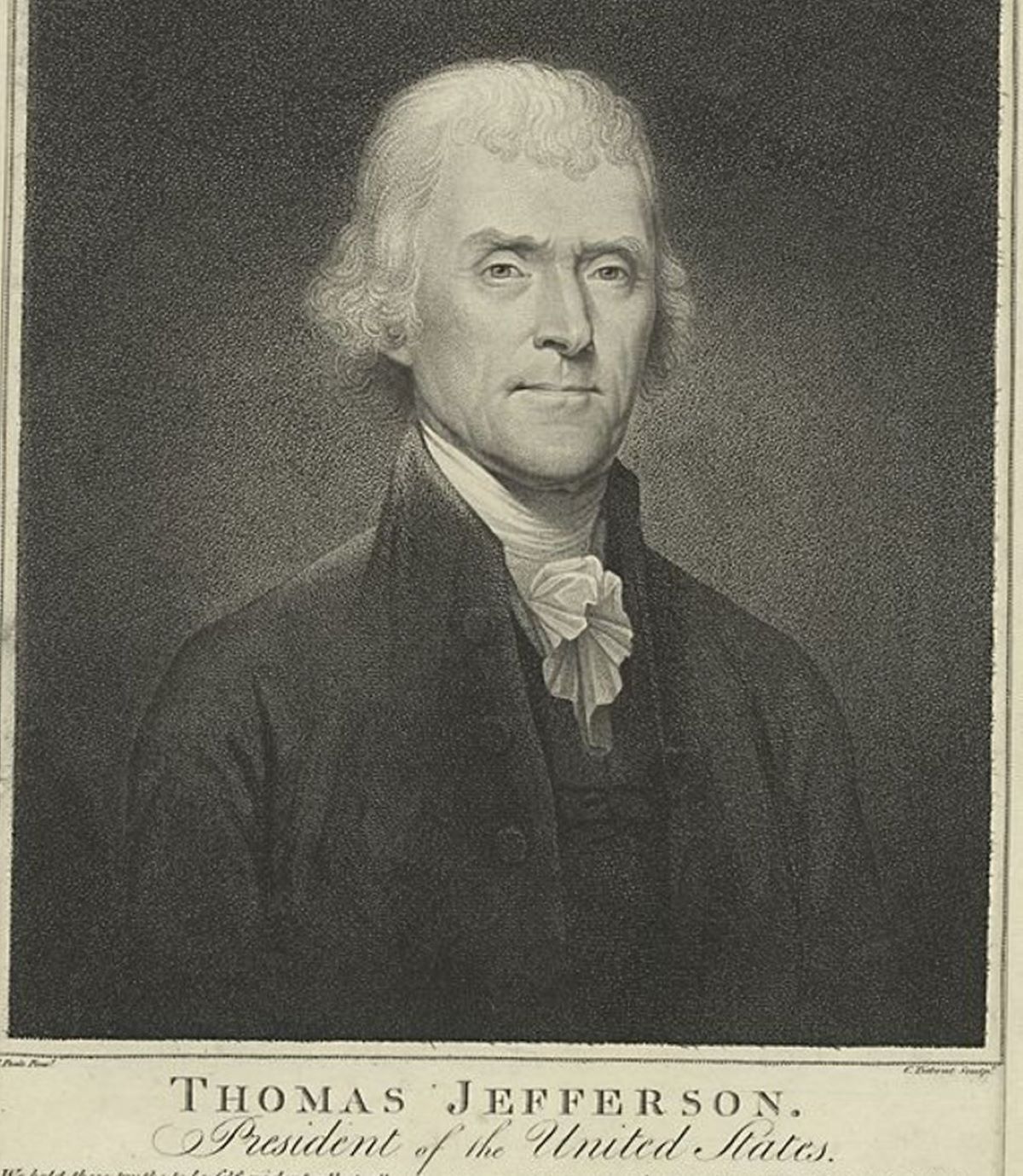 Not long after his debates with Stephen Douglas, Abraham Lincoln was invited by Henry L. Pierce and a group of Boston-area Republicans to a festival honoring Thomas Jefferson’s birthday. Unable to attend, on April 6, 1859, Lincoln wrote the group a letter celebrating Jefferson’s political principles as the “definitions and axioms of free society.” According to Lincoln, the crisis over the expansion of slavery required a spirited defense of the fundamental ideas expressed in the Declaration of Independence. “All honor to Jefferson,” Lincoln wrote. All honor “to the man who, in the concrete pressure of a struggle for national independence by a single people, had the coolness, forecast, and capacity to introduce into a merely revolutionary document, an abstract truth, applicable to all men and all times, and so to embalm it there, that to-day, and in all coming days, it shall be a rebuke and a stumbling-block to the very harbingers of re-appearing tyranny and oppression.” According to Lincoln, that abstract truth was the principle that all human beings are created equal. In the realm of political philosophy, we often refer to this as “natural equality.” Lincoln understood that, by enshrining this idea in the Declaration of Independence, Jefferson left to future generations a bedrock principle of American government.

According to the Declaration, we are created equal in the sense that, by nature, we are all endowed by our Creator with the same unalienable rights, among which are life, liberty, and the pursuit of happiness. If we follow the thinking of John Locke and many other social contract theorists, this equality means that no human being is wise or virtuous enough to merit a claim to rule others by nature. Two individuals might be very different when it comes to their intelligence, talents, morality, etc., but as creatures of the same rank and species, they are not so different that our reason would tell us one is clearly the natural ruler and the other the natural subject. We are neither gods, nor beasts, but human beings. If no one has a natural claim to rule then the only legitimate way for one to claim political authority over another is through that other’s consent. This is the fundamental idea that Jefferson saw in Locke (and others), and that Lincoln saw in Jefferson. Moreover, the notion that such rights are unalienable suggests there are certain things that cannot be consented away. Thus, by definition, legitimate popular governments are necessarily limited governments, constituted by the people, to secure the natural rights of the people. Such principles help us to see the reasons why the British government over America was tyrannical. They gave voice to the reasons why chattel slavery was unjust and unnatural, something Jefferson certainly admitted. They served as the basis for the argument that, whatever compromises might be made with the peculiar institution, it should be placed on the path of ultimate extinction. One should consider Jefferson’s condemnation of slavery in the original draft of the Declaration, in his Summary View of the Rights of British America (1774), and Notes on the State of Virginia, Query XVIII (1785).
On June 24, 1826, near the end of his life, Jefferson was invited by Washington, D.C. mayor Roger Weightman to a fiftieth anniversary celebration of the Declaration of Independence. Unable to attend, the elderly and ill Jefferson wrote to Weightman, and he proclaimed once again the crucial importance of the idea of natural equality. Jefferson suggested that, since the American Revolution, we had come to understand better the “palpable truth, that the mass of mankind has not been born with saddles on their backs, nor a favored few booted and spurred, ready to ride them legitimately, by the grace of God.” The spread of enlightenment and self-government, reason and free opinion in America “are grounds of hope for others. For ourselves, let the annual return of this day forever refresh our recollections of these rights, and an undiminished devotion to them.” Jefferson would pass away just a few days later on the fourth of July.
In recognizing the fundamental importance of the principle of natural equality, Jefferson helped future generations to see that, rightly understood, popular government is not based merely upon the will of the stronger or the preferences of the greatest number. Rather, it begins from a central idea. Natural equality of unalienable rights serves as the moral and theoretical ground of majority rule and legitimate, limited government by consent of the governed. As Lincoln suggested, the idea serves, “in all coming days,” as “a rebuke and a stumbling-block to the very harbingers of re-appearing tyranny and oppression.” If we take seriously the claim that, according to the Law of Nature and Nature’s God, the principles of the Declaration are true for all human beings, everywhere and always, then these ideas are as relevant today as they were for Lincoln and for Thomas Jefferson.

This was an interesting article on Jefferson and natural equality. I believe that the words that Jefferson wrote were meant for all mankind (man, woman, slave(at the time)), I'm not sure that our country has lived up to this promise even today. Jefferson was even conflicted as he was a slaveowner and didn't free his slaves (only about 5 were freed upon his death). It is my hope that one day, in our country, everyone will achieve actual equality as well as the assumed natural equality.

It is in §54 of his Second Treatise of Government that Locke plainly explains his notion of equality:

“I said in Chapter 2 that all men are by nature equal, but of course I didn't mean equality in all respects. •Age or virtue may put some men above others; •excellence of ability and merit may raise others above the common level; •some may naturally owe deference to others because of their birth, or from gratitude because of benefits they have received, or for other reasons. But all this is consistent with the equality that all men have in respect of jurisdiction or dominion over one another. That was the equality I spoke of in Chapter 2 — the equality that is relevant to the business in hand, namely the equal right that every man has to his natural freedom, without being subjected to the will or authority of any other man.”