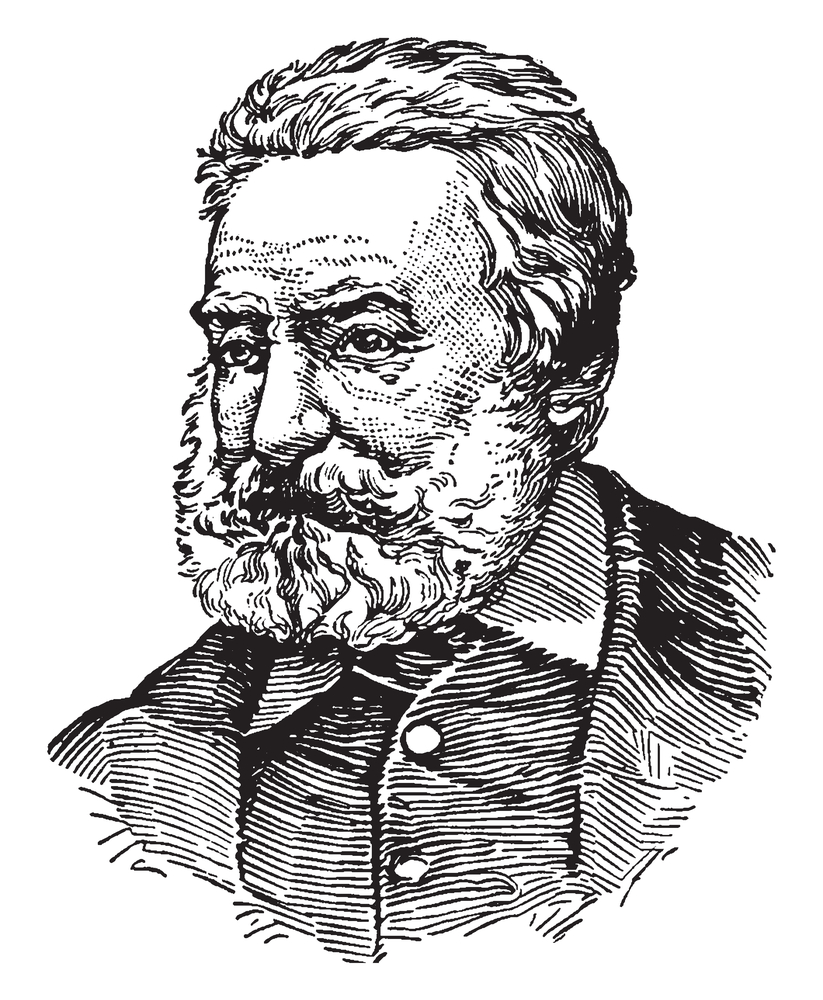 Hugo was one of France’s leading literary figures during the 19th century. He wrote plays, poetry, essays, and novels (such as The Hunchback of Notre Dame) and was an important part of the French Romantic movement. He went into exile during the Second Empire (1852-1870) in opposition to Emerpror Napoleon III.