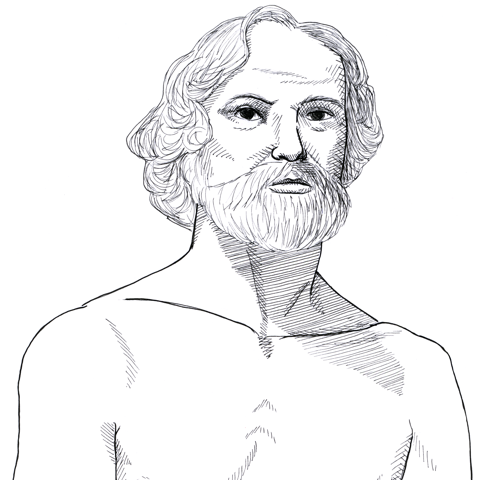 Thucydides, who lived during the second half of the fifth century B.C., is considered the greatest of the ancient Greek historians. His work, The Peloponnesian War, recounts the fifth-century B.C. struggle between Athens and Sparta and is the first piece of historical writing to combine political and ethical reflections with history. His personal history is unknown except for the small bits of information revealed in his narrative.