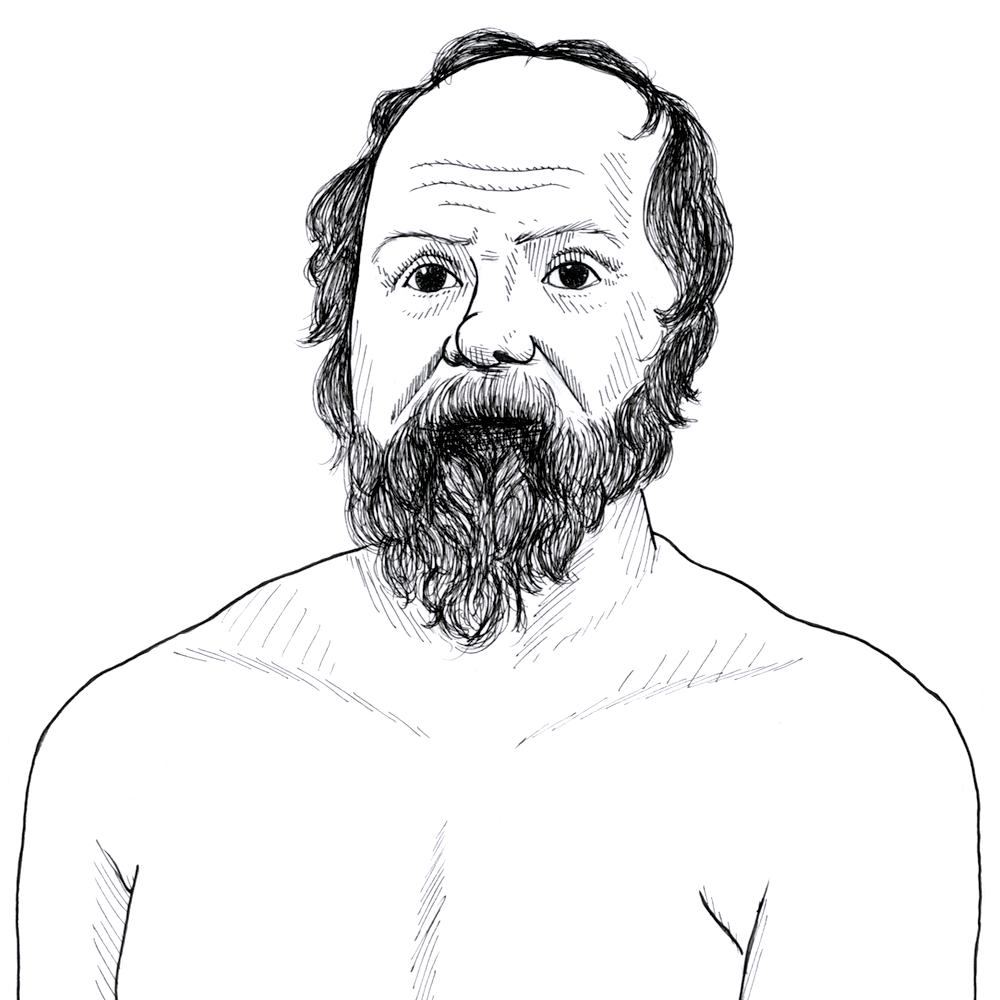 Socrates is often considered the first great philosopher of the ancient world. Although Socrates never wrote, he influenced later philosophy by his relentless application of closely reasoned questions to the moral and political dogmas of his day. The Socratic dialogue, carried forward by his many students, is an essential part of the Western philosophical tradition.