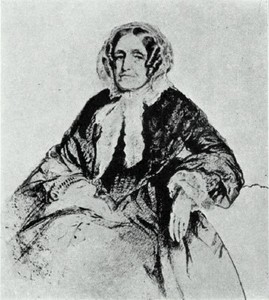 Jane Haldimand Marcet (1769-1858) was home-educated and became an author of popular works of chemistry, botany, religion, and economics. Her works on economics (sometimes anonymously published to pass as works by male authors) elucidated with a satirical, light-hearted, popular touch matters addressed more abstrusely by Smith, Ricardo, Mill, Malthus, and other economists of her day. Her most renowned work, Conversations on Chemistry (1806), was so enticing and clearly written that it is famous for inspiring the youthful, dyslexic Michael Faraday, apprenticed at the bookbinder’s shop where it was being produced, to a lifetime of dedicated broad vision that ultimately became the foundation of electromagnetic technology today. Her subsequent expositions of economics, among other subjects, were equally inspiring and widely-read. Late in life, she began to revise her explanations of simplistic labor/wage matters, rewriting some of her earlier essays to accord with more modern developments.