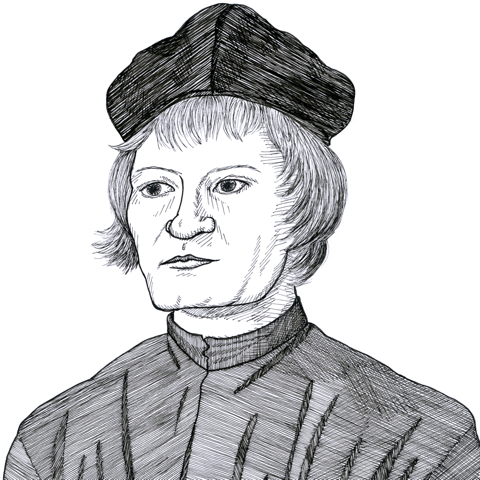 Huldrych Zwingli was a leading figure in the Protestant Reformation in Switzerland. Unlike Martin Luther’s movement, however, Zwingli’s efforts did not result in the formation of a distinct church. Zwingli soon became a strong proponent of Renaissance humanism and took up an important correspondence with Erasmus. Among the practices he criticized were fasting, the selling of indulgences, and clerical celibacy.