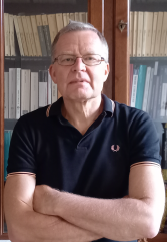 Edoardo Tortarolo is a Professor of early modern history at the University of Eastern Piedmont, Italy, since 1993. He is a permanent fellow of the Academy of the Sciences in Turin and a member of the Italian Committee on Historical Studies. A Humboldt fellow in 1989 and 1990, in 2006 he was a member of the Institute for Advanced Study, Princeton, and in 2010 the Fulbright Distinguished Lecturer in Italian History at Northwestern University. His research interests cover the 18th- and 19th-century intellectual history and the history of historical writing. He has co-edited the third volume of the Oxford History of historical Writing (2012). His latest book is The Invention of the Free Press, Springer 2016.