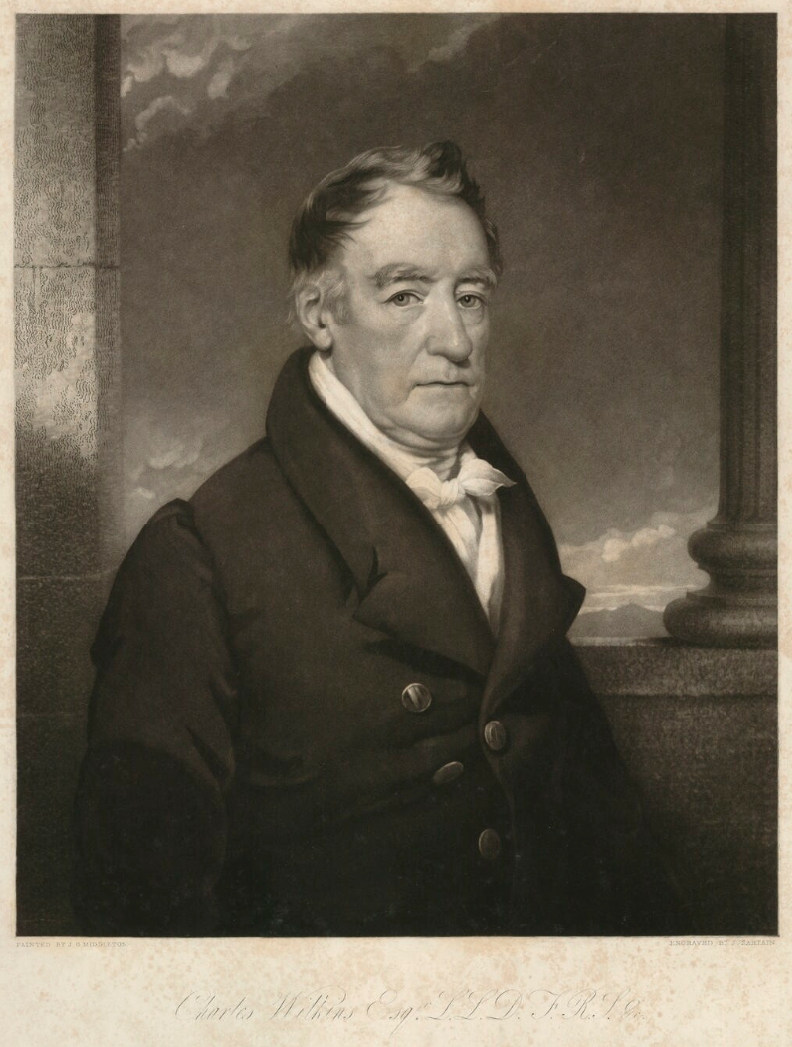 Charles Wilkins (1749-1836) trained as a printer before working for the East India company. He became an expert in oriental languages (Persian and Bengali) and was a pioneer in developing type faces in order to print these languages. He is best known for his translation of the Bhagvat-Geeta. Upon his return to England he became a librarian of the Indian collection of the East India Company which became the foundation of the British Museums oriental collection.