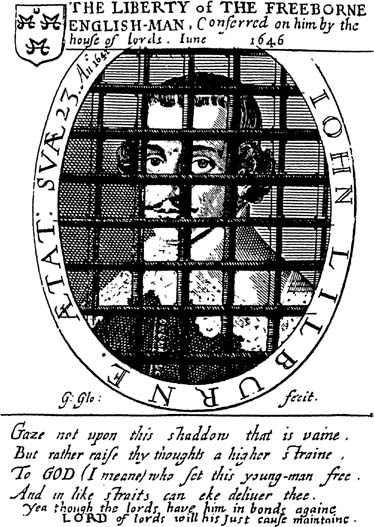 This is a collection of over 200 political tracts written by the Levellers and their supporters and critics which were written during the 1640s and 1650s. In the first instance, since the files have so many illegible words and characters, the uncorrected HTML is put online here. After the corrections have been made the files are uploaded to the OLL Library (listed on this page). A second, revised edition with additional features is being planned and a draft version of this work in progress can be found here.

Every effort has been made to transcribe these 17th century political tracts as accurately as possible. They have been checked against facsimile copies of the originals which in many cases were of very poor quality. Some of the problems the coders and editors encountered were the vagaries of 17th century spelling, the faint print of the text in marginal notes and in long quotes in Latin, and the sometimes casual approach to the typesetting of the text. The result has been files with thousands of illegible words and characters (volume 4 (1647) had over 2,000). We have marked illegible words or characters in the text with the statement [Editor: illegible word]. Sometimes, when it has been impossible to decipher the text (especially in marginalia) we have have indicated this with the following statement: “The following marginalia text is unreadable and Liberty Fund has made no effort to partially transcribe it.” We have made no attempt to modernize the spelling but we have corrected some obvious errors such as transposed, upside down, or missing characters.

For more information about the titles and authors in this collection, see: