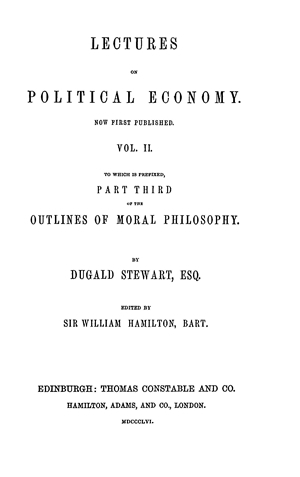 Lectures given at the University of Edinburgh in the first decade of the 19th century. Volume 2 contains his lectures on free trade, taxation, the Poor Laws, education, and his theory of government.