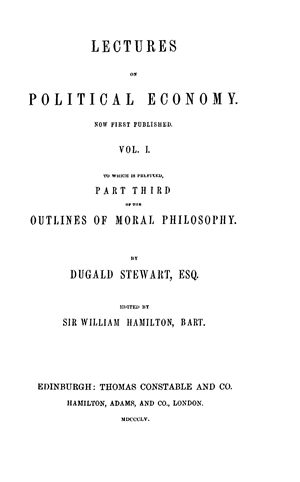 Lectures given at the University of Edinburgh in the first decade of the 19th century. Volume 1 contains his lectures on population, productive and unproductive labour, and money.

Lectures on Political Economy. Now first published. Vol. I. To which is Prefixed, Part Third of the Outlines of Moral Philosophy, edited by Sir William Hamilton (Edinburgh, Thomas Constable, 1855).