The Foundations of Modern Austrian Economics (1976) 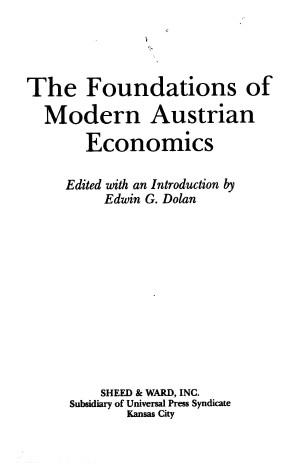 A volume in the collection Studies in Economic Theory first published by the Institute for Humane Studies. This is a collection of papers given at a conference on Austrian economics in June 1974. They cover the uniqueness of the Austrian tradition, papers on praxeology and method, the history of Austrian school, capital theory, theory of money, inflation, and the market process. The papers are by:

The Foundations of Modern Austrian Economics, ed. with an Introduction by Edwin G. Dolan (Kansas City: Sheed and Ward, 1976).