The Marriage of Figaro and the Fall of the Aristocracy 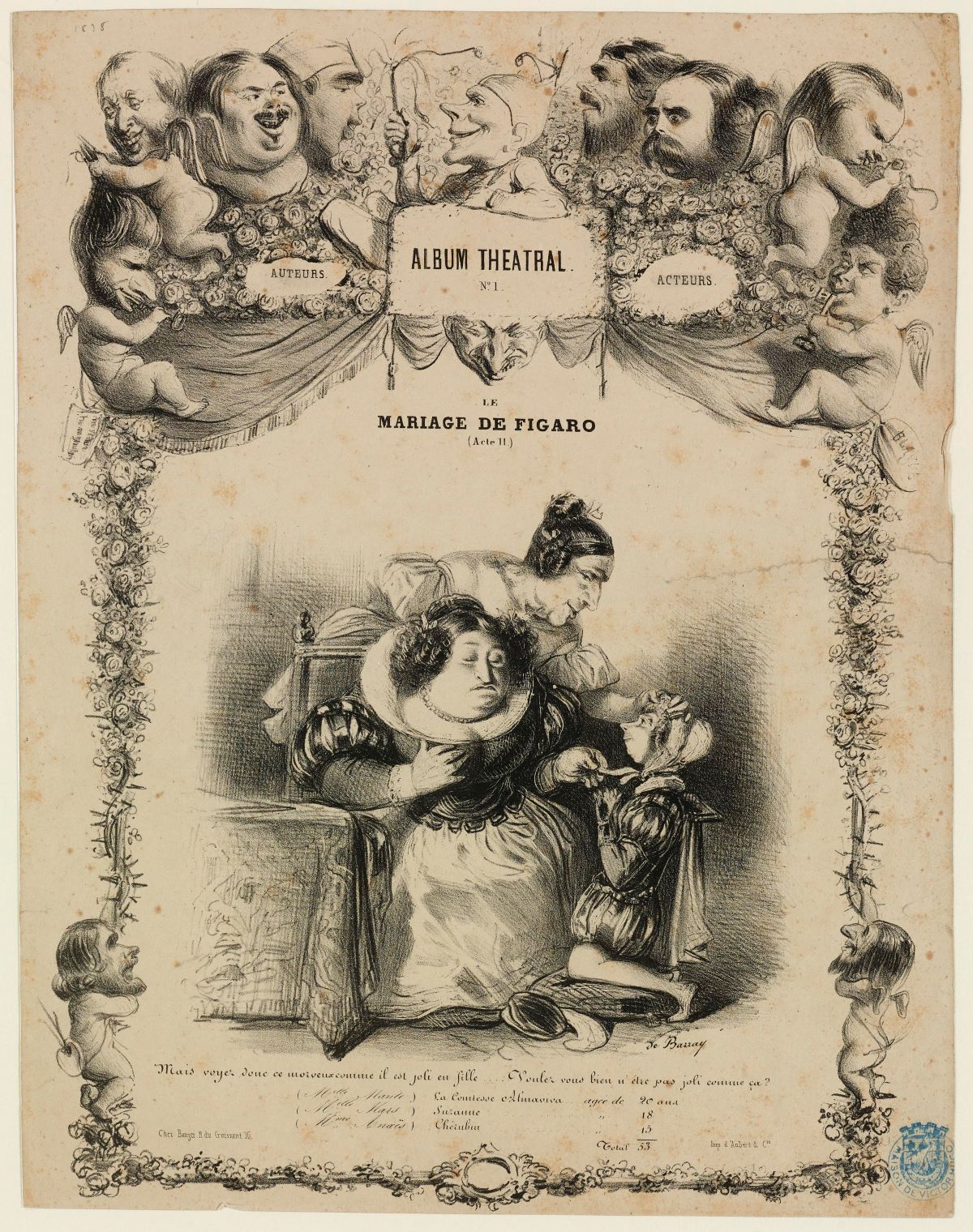 When Mozart wanted to make his name known to Vienna’s opera-going public, he made a daring choice. He had Lorenzo Da Ponte write a libretto based on a controversial play by Pierre Augustin Caron de Beaumarchais. Like the play, the opera was called The Marriage of Figaro.

The play, even more than its predecessor The Barber of Seville, presented the aristocracy in a bad light and glorified the people who lived under their authority. Da Ponte softened Beaumarchais’s polemic tone without greatly changing the plot. Both works show the titled lord of a manor trying to exercise unjust power and being outwitted by his underlings.


The last remnants of feudalism were crumbling in the 1780s. The United States had just won its independence. In a few years, the French monarchy would fall. In Vienna, Emperor Joseph II abolished serfdom and proclaimed an edict of religious tolerance. Ideas that would have been suppressed a few years earlier were spreading everywhere.


Count Almaviva reflects a mixture of old and new ideas. In Beaumarchais’s earlier play (best known today through Rossini’s opera), he woos Rosina under a false name, concealing his title so it won’t influence her. Figaro helps him to pry her away from her guardian Doctor Bartolo. At the start of the present opera, the Count has renounced the “droit du seigneur,” which would have entitled him to spend the wedding night with any woman married under his authority.


Now he regrets his gesture. Figaro is about to marry the Countess’s servant Susanna, and Almaviva would like to get into bed with her. Figaro is outraged when he learns about the Count’s intentions. Relying on his expertise at subterfuge, he promises himself that “If you want to dance, Signor Count, I’ll play the guitar.”


Almaviva holds broad authority over the people in his estate. When he thinks the Countess is having an affair with the page Cherubino, he threatens her life in a jealous rage. Although he doesn’t carry out his threat, he orders Cherubino to leave immediately on a distant military assignment.


The complications get wild, and Figaro and Susanna often work at cross purposes while pursuing the same goal. Susanna forms an alliance with the Countess, who was a commoner before her marriage. On several occasions, Susanna shows she’s a more level-headed plotter than Figaro. The two women disguise themselves as each other, the Count is caught trying to seduce his own wife, and he has to apologize in everyone’s presence.


Beaumarchais was quite an adventurer. He encouraged France to support the American Revolution and personally set up an operation to supply the colonists. When he wrote The Marriage of Figaro, Louis XVI banned it for three years. The King supposedly said, “For this play not to be a danger, the Bastille would have to be torn down first.” Eight years later, it was, and the French aristocracy came crashing down with it.


Mozart’s talent for musical characterization adds life to the story. We see the Count as impulsive rather than tyrannical, unlike the Don Giovanni whom Mozart and Da Ponte would present in their next opera. Almaviva is merely embarrassed at the end; Giovanni is dragged off to Hell. Figaro and Susanna are self-confident and know how to improvise their way out of tight spots. Even the minor characters are distinctive.


Many scenes are written for laughs, as when four people duck into the same hiding place and are pulled out one by one. The opera buffa setting made the conflicts acceptable to eighteenth-century operatic audiences, who belonged almost entirely to the upper classes. The text was in Italian, putting it out of the reach of most of the common people in Vienna and Prague. Nonetheless, the message that all should have equal rights under the law comes through clearly to those who listen. It was a message that would be heard in many forms in the coming years.