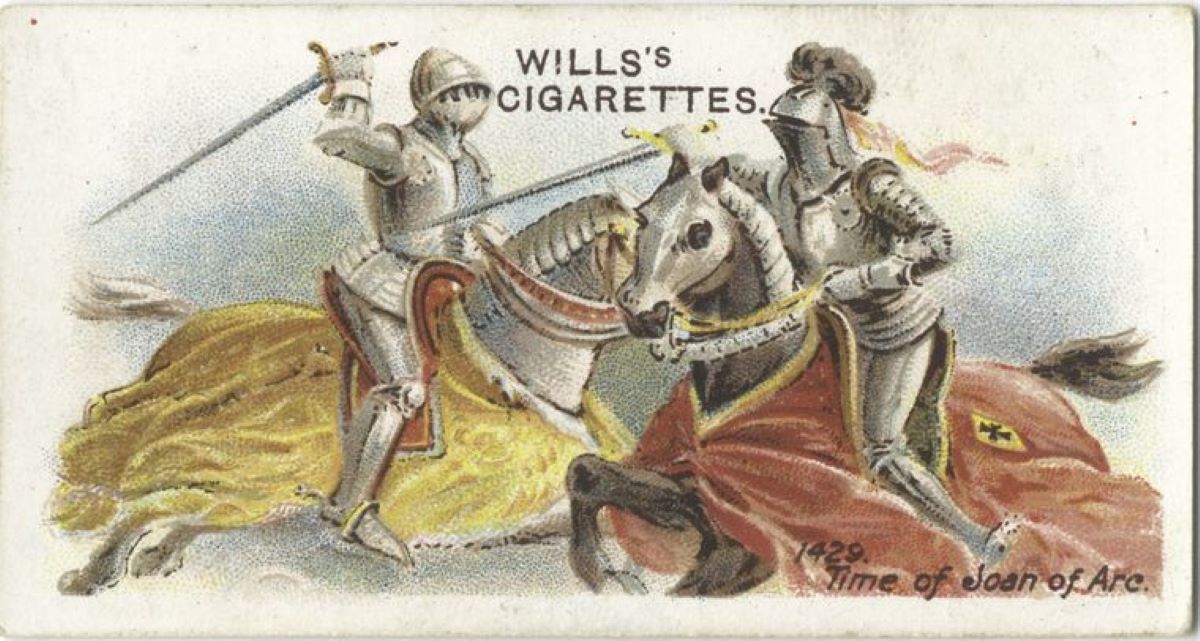 Many popular articles have noted the similarities in structure between Ridley Scott’s The Last Duel and the classic Kurosawa film Rashomon, and a few  articles have addressed the historical truths which informed the movie and the resultant inaccuracies. However, the medieval romances and courtly love literature which the movie mentions and attempts to deconstruct have yet to really be addressed, let alone their relation to the highly acclaimed Rashomon.

The three works of literature which the film references are Roman de la rose, translated into English verse by Geoffrey Chaucer, Wolfram von Eschenbach’s Parzival, an Arthurian Romance and one of the earliest accounts of the Holy Grail, and a collection of Ovid’s risqué love poetry which the film refers to as “The Book of Love.” By naming Ovid and the Roman, Scott brings to his viewer’s minds a potent glimpse into the medieval concept of courtly love and the sources which informed it, while Parzival brings into play the medieval concept of the heroic and chivalric knight. These three works offer an acute insight into the mindset of the film’s three protagonists, showing how Matt Damon’s Jean de Carrouges sees himself as a chivalric knight like Parzival, constantly undergoing hardships and trials while he battles for glory and honor, and how Adam Driver’s Jacques Le Gris sees himself as the protagonist of a courtly love story, there to sweep the unhappily wed Marguerite de Carrouges off her feet and away from her husband.
The movie does quick work of showing the audience just how deluded these characters are as they use these ideals from their literature to inform and excuse their actions of brutality throughout the movie, often with Marguerite as the victim of their delusions. What is interesting about this, however, is the way in which this deconstruction thematically parallels Akira Kurosawa’s Rashomon.
Rashomon also offers three different perspectives, one the perspective of the bandit, one the victim, the third the victim’s wife. Each of the three perspectives in that film, however, is wrong, because the characters’ perception of themselves and their role in the death of the victim changes their narrative, so that it requires the fortuitous stumbling of an independent witness onto the scene of the crime to tell what really happened. The victim is a samurai with all that entails, from the codes of honor to expectation of skill in combat. The bandit, likewise, is renowned and infamous across the land as a cunning and worthy foe. Both the bandit and the samurai see themselves in their respective roles in their narrative, telling stories of cunning and bravery and daring sword fights, the bandit claiming he killed the samurai in honorable combat, having crossed swords with him first 23 times, a new record, the samurai that he committed suicide as the only honorable option left to him after his wife decided to leave him for the bandit. The truth, however, as the independent witness reveals, is quite different. Neither the bandit nor the samurai are, as the woman states, true men; indeed, they are cowards. It is not until the woman berates both for their treatment of her that they resolve to fight, and then only because the woman states that only by killing the other will either prove himself a man. What ensues is a painfully pathetic fight between two terrified and desperate opponents, a fight where neither appears skilled, or brave, or honorable, the complete opposite of both their stories.
While Ridley Scott takes his film in a slightly different direction by having the events that each character is part of be true--though potentially misinterpreted--instead of blatant lies, the overall thematic structure is remarkably similar. For here too the characters use the larger ideals and stories of their culture to construct their role and identity in the world; here too the characters fail to live up to the ideals which they profess and which their society expects them to uphold; and here too the final duel, though here at least between two skilled combatants, reveals the lowest, most base levels to which humanity can stoop, from the delighted blood lust of the king who permitted the duel to the brute rage and hatred of the victorious Jean de Carrouges to the gory death of Jacques Le Gris and the public display of his tarnished corpse.
Ridley Scott’s The Last Duel thus engages far more with Rashomon than the public gives it credit, borrowing not only from its narrative structure, but also similarly questioning the ability of humanity to live up to the ideals and expectations its society holds dear, thereby asking one of the key questions any good deconstruction asks: on what principles should a person build their identity?