Authority and Oppression in Verdi’s Operas 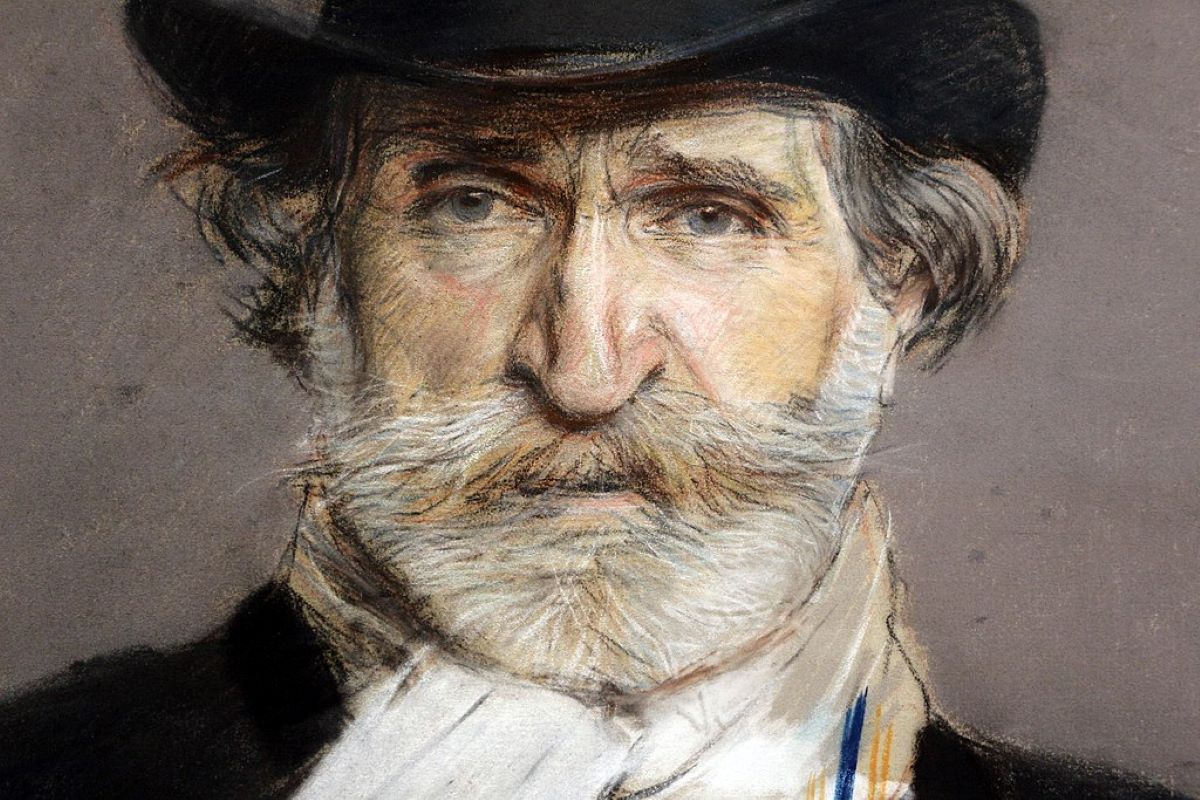 Giuseppe Verdi’s operas present drama and conflict, heightened by his superb music. Like most opera composers, he didn’t write his own texts but employed several different librettists. In his most successful ones, he worked with the librettist to make the story say exactly what he wanted. All but two of his operas are serious dramas, almost invariably ending tragically. Even when the plots are absurd, his music makes the characters plausible and vivid.

A persistent theme in Verdi's operas is the abuse of authority. For half of his life, there was no Italian nation, only a collection of states, under Austrian domination in the north and Bourbon rule in the south. Verdi supported the Risorgimento, a movement which culminated in Italian unification in 1861. His name became an acronym for one of the movement’s slogans: “Vittorio Emanuele, Re D’Italia.”


At one time Verdi enthusiasts widely held the idea that he was the bard of the Risorgimento and that all his operas had patriotic subtexts which the audiences understood. The scholarship of recent decades draws back from this view, but his patriotism was real.


Plots centering on oppressive authority abound in Verdi’s operas, and he often had to modify them to satisfy real-life authorities. Even when his operas are set in the distant past, they contain parallels to Italy’s contemporary situation.


His earliest major success, Nabucco, is based on a real king, Nebuchadnezzar, and a real event, the Babylonian exile of the Hebrews, but the opera bears little resemblance to the Bible or history. Audiences saw a parallel between an ancient people suffering under foreign rule and Italy’s domination by Austria. The chorus, “Va, pensiero, sull’ali dorate” (Go, thoughts, on golden wings), reminiscent of Psalm 137, includes the line “O mia patria, si bella e perduta!” (O my country, so beautiful and lost.) Later on it was taken up as a patriotic hymn.


In the most dramatic moment of the opera, Nabucco proclaims himself God and immediately incurs divine wrath. Unseen forces lift his crown from his head, and his mind becomes confused until he repents.


Macbeth must have been a natural subject for Verdi, even aside from his love of Shakespeare. Francesco Piave’s libretto follows the play fairly closely, although the three witches become a whole choir. The opera emphasizes Macbeth’s tyrannical nature with the chilling refugees’ chorus, “Patria oppressa!”


La Battaglia di Legnano is rarely performed today; it was Verdi’s most topical opera, though based on events of the twelfth century. Emperor Frederick Barbarossa had made repeated advances into Italy, and the cities of northern Italy formed the Lombard League to oppose him. The Battle of Legnano put a stop to his ambitions.


The opera premiered in Rome the year after the 1848 uprisings, and the parallel to the 19th-century situation between Italy and Austria was obvious and intentional. The opera is principally set in Milan, which had driven the Austrians out for a time. Legnano is a short distance northwest of Milan; the battle occurs offstage.


After a few performances, the Austrian government suppressed the opera. A reworked version was presented in Milan after the Second War of Independence as L’assedio di Haarlem (the siege of Haarlem), and in Parma the opera was staged under the title La Disfatta degli Austriaci  (the defeat of the Austrians).


Every list of the top five Verdi operas includes Rigoletto, the tale of a deformed jester employed by the Duke of Mantua. As part of his job, he mocks the Duke’s victims when they protest. When his own daughter is abducted for the Duke’s pleasure, though, he turns against his master. His plans for revenge miscarry, and his daughter is murdered instead.


The opera’s source was Victor Hugo’s play, Le Roi S’amuse, in which the villain is a king of early modern France. Francesco Piave’s original libretto was very close to the play, but well before the premiere, the Austrian authorities banned the opera for its “revolting immorality and obscene triviality.” Hugo’s play had likewise been banned after its first performance.


Negotiations followed, and Piave changed the locale, the characters, and a few plot points. Verdi found the compromise tolerable, and the opera originally titled La Maledizione (the curse) became Rigoletto. The famous aria, “La Donna è Mobile,” is very close to some lines the king sings in Hugo’s play.


I have already given Don Carlo its own article, so I’ll just review the main points here. The oppression of religious dissenters is central to the story, and the Spanish Inquisition is shown as a sinister force that could give orders even to the king. Verdi distrusted clergy with secular power. Pope Pius IX had sided with Austria in 1848, doubtless contributing to his views.


In Aida, theocratic powers again play a malignant role. The background is the ongoing state of warfare between Egypt and Ethiopia (called Kush in ancient times). The priests, rather than the Pharaoh, are the chief instigators. Aida is a slave in the Pharaoh’s court, and no one knows she is the daughter of Ethiopia’s King Amonasro. As the opera begins, Ethiopia is invading, and doubtless one of its goals is to recapture Aida. The priests choose a young officer named Radames to lead Egypt’s forces; no one knows that he and Aida are in love. After defeating the Ethiopians, he asks the Pharaoh to show clemency to the prisoners of war; the priests are indignant when his request is granted.


War flares up again. Amonasro tricks Radames into revealing the route his troops will take, and the priests convict Radames of treason and sentence him to be buried alive.  Princess Amneris, Aida’s rival for Radames, cries out, “They are never sated with blood, and they call themselves ministers of Heaven!” Aida sneaks into the tomb and dies along with him.


Verdi’s abandoned operas leave us wondering how he might have tackled their treatment of authority and subjugation. He started work on Cromwell, a libretto by Piave, but discarded it as “well ordered, clear, and admirably put together, but wretchedly uneventful.” He considered writing an opera based on Hugo’s Ruy Blas, the story of an honest lackey pitted against corrupt nobility, but he never found the right opportunity. For many years Verdi contemplated a possible opera based on King Lear, in which the king’s insistence on being flattered ruins his life.


We come to Verdi’s operas for the music and the characters, not for well-constructed stories or deep philosophy, but many of them let us see how people suffering injustice and loss of freedom react to their condition.


[The New Grove Masters of Italian Opera and Charles Osborne’s The Complete Operas of Verdi were highly valuable in researching this article.]